The development and application of industrial robots promoted the deepening of "intelligent" manufacturing in China, and Lenovo, an old technology company, is also advancing bravely in the wave of new technology. On April 26, 2021, Lenovo showed the latest promotional video of its Daystar Robot that its independently developed robot has a qualitative breakthrough in the application scene and function development with the functions of multi-task and self-cooperation as well as more diversified application scenarios.

Daystar Robot is Lenovo's first self-research industrial robot which was released in October last year. In just half a year, Daystar Robot has made great strides in the application scene and function development, from the single skill of spray paint to the ability to perform multi-task independently and cooperatively. In the video, the robot is just like an "all-rounder." 7 robots work in a laboratory in collaboration to perform different tasks, including foreign body processing, intelligent sorting, intelligent patrol inspection, positioning control, remote control, fine spraying, and other work, showing the excellent performance of multi-task autonomous synergy function of Daystar Robot.

The outstanding performance of Daystar Robot depends on Lenovo's powerful edge computing capability and intelligent support. According to the public document, Daystar Robot is an intelligent robot system that can help users have a stereoscopic perception of the remote environment and interact with it in real-time. It uses the hybrid lightweight virtualization engine pioneered by Lenovo, the asymptotic model optimization technology in intelligent edge layer, AI task collaborative computing technology, and lifetime learning technology that has the ability of remote rendering, remote control and demonstration learning (3T). The support of Daystar AR equipment and the Daystar CV module makes Daystar Robot have the intelligent "hands", "feet", "eyes," and "brain".

The "hand" is Daystar Robot's mechanical arm, which can learn from and simulate the movement and angle of the hand of workers; "foot" allows the robot to have flexible mobility, through 5G and edge computing, the robot can independently plan the path, and have the ability to avoid the obstacle; "eye" is the robot's vision which is based on the 5G end-to-end data transmission architecture so that the robot end binocular stereo video data can realize real-time return and the camera can follow the user's perspective, and then make sure the robot can work accurately in the remote environment.

The "brain" is the standard of the third generation of industrial robot that can learn the operation of workers through artificial intelligence so as to accurately copy the operation path of the same workpiece in the future, which greatly enhances the stability and consistency of the production and processing quality of the workshop. Because of the "brain", Daystar Robot's learning ability is being amazing. Comparatively, it takes weeks to teach and debug the robotic arm for traditional automated practices, but for the Daystar Robot, its mechanical arm's ability to work can be saved on the edge after a natural instruction, and then the robot can perform the same task independently.

In addition, Daystar Robot has the features of low comprehensive cost, rapid deployment/redeployment capability, lightweight, strong adaptability, and so on. It is suitable to replace manual operation in the assembly line, limited working space, danger, radiation and other environments to reduce the risk of manual operation.

It is reported that in recent years, Lenovo has carried out the intelligent transformation and developed into one of the rare "end-edge-cloud-net-intelligence" that all-factor covers "new IT" service manufacturers in the world. In the intelligent Internet of Things of the "new IT", that is, the "end" aspect, Lenovo Group, not only took the lead in launching 5G PC but also independently developed 5G Daystar AR glasses, Daystar Robots and other terminals.

At present, the Daystar Robot has been successfully applied to paint the domestic C919 medium-sized aircrafts. With the continuous iterative upgrading of Daystar Robot, its application scenario will be diversified, in the assembly line, spray shop, electric power inspection, nuclear power plant radioactive test or operation of the hot room, nuclear waste handling, processing, high temperature and high pressure and other complex work scenarios will show their excellent performances. 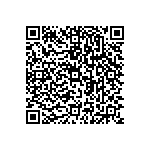