The 11th Beijing International Film Festival will be held in Beijing, China from August 14th to 21st, 2021 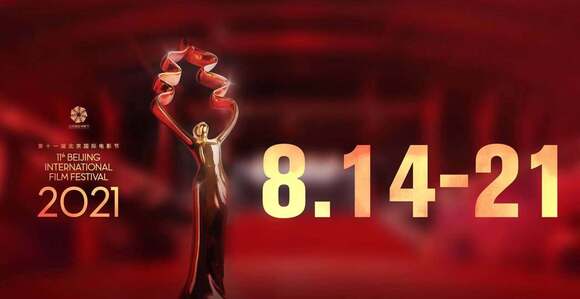 The 11th Beijing International Film Festival will be held in Beijing, China from August 14th to 21st, 2021, a total of 8 days. Submission of films for "Tiantan Award", “Beijing Film Panorama” and “Forward Future” Section is still open now, and the deadline for film registration & submission is 20th May, 2021.

Entries are submitted online through the BJIFF official website: www.bjiff.com, by logging into the website and submitting The 11th BJIFF Films Entry Form. Before completing the form, please take the time to read the The 11th Beijing International Film Festival Regulations for the category in which you would like to submit your film.

The Organizing Committee of BJIFF invites renowned filmmakers to form the International Jury of Tiantan Award. The results of each award will be officially announced at the Closing & Awards Ceremony. The winners will receive certificates and trophies.

Films submitted to the Tiantan Award Competition Section should meet the following conditions:

- Feature film of no less than 70 minutes.

- World premiere and International premiere films are given priority.

“Beijing Film Panorama” comprises several units, such as Panorama Special, Premieres, Tribute to Master, Major Focus, Restoration of Classics, Chinese Stories, Documentary and so on. The films involved in these units are screened in theaters and film academic institutions in Beijing to the public and filmmakers during the festival. “Beijing Film Panorama” will select 8 to 10 films and finally present “Beijing Film Panorama·Audience Choice Award”. The winner will receive a certificate.

Films submitted to the “Beijing Film Panorama” Section should meet the following conditions:

- Film released after January 1st, 2020 except for the thematic screenings.

The Organizing Committee of BJIFF invites renowned filmmakers to form the International Jury of “Forward Future” Section. No person having taken part in the production or exploitation of a film in competition may be on the Jury. The results of each award will be officially announced at the Closing & Awards Ceremony. The winners will receive certificates.

Films submitted to the “Forward Future” Section should meet the following conditions:

- Feature film of no less than 70 minutes.

Welcome to join us and compete with the best films from all over the world, and thank you for your kind support and cooperation.