According to the spokesman for Wholesale Clearance UK, moves now are on to find out the fans for football shirts promoting the European Super League. 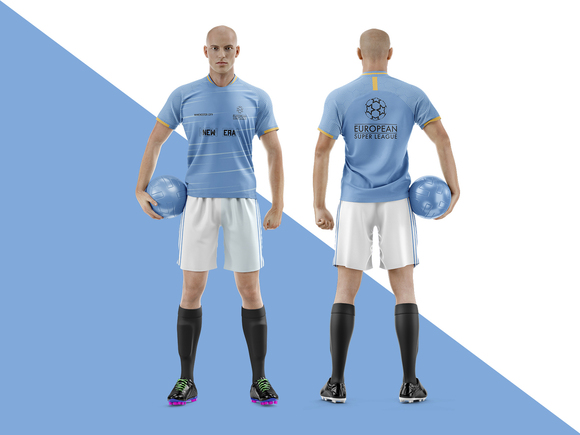 In what has come as a major bargain for the lovers of football shirts, thousands of pieces belonging to the European Super League, are available at extremely affordable prices following the collapse of the Super League.

The football shirts may be available at extremely cheap price but they are going to be collector’s items as they are a part of the football history of England says a spokesman for Wholesale Clearance. They also have great sentimental and historical value. Fans should feel proud of them.

According to the spokesman for Wholesale Clearance UK, moves now are on to find out the fans for football shirts promoting the European Super League.

In the statement here, the spokesman said the shirts of the Premier League giants like Manchester City, Manchester United, Arsenal, Chelsea, Tottenham, and Liverpool were meant to be offered in large numbers at a price of £29.99.

The shirts are available at a 93 percent discount. Ideally, Wholesale Clearance UK are looking for interested fans and sports lovers who are looking for those merchandises to support their teams.

About 70,000 pieces of the “new era” shirts which were to go to upmarket sports stores are soon to be available at unthinkable low prices. The 2021 European Superleague shirts belong to Manchester City, Manchester United, Arsenal, Chelsea, Tottenham and Liverpool.

Since the competition could not be held, the football shirts are useless. Hence, they need to be offered to common fans. But the fact remains that such football shirts are a part of the history of the sport and will be hard to forget the 48 hours of hurt imposed on the fans.

Hence, they are the collector’s items that can be preserved for posterity. You can check inventory and price on the company website for more details and to grab your favorite team apparel at the earliest.

Karl Baxter MD for Wholesale clearance said “I thought, at the very least, people might want to buy them as a comical token from possibly the craziest 48 hours in the history of football – when the beautiful game as we know it was under threat. Maybe even as a reminder of something that got the whole world talking.”

Standing Out With Business Card in a Networking Event: Tips by GotPrint.com
Press Releases