In the context of the ongoing transatlantic trade conflict, this is undoubtedly a powerful decision that meets the needs of the European Union seeking development leadership and a free system.

Nearly seven years after the launch of the EU-China bilateral "Comprehensive Investment Agreement" negotiations, the EU and China reached the agreement in principle on December 30, 2020. Currently, there are 25 bilateral investment agreements between China and EU member states, which will establish a unified legal framework for both parties’ investments for the first time. The area covered by the agreement goes far beyond traditional bilateral investment agreements. The agreement also lays down fair competition rules to prevent state aid from weakening competition, and establishes sustainable development clauses. In the context of the ongoing transatlantic trade conflict, this is undoubtedly a powerful decision that meets the needs of the European Union seeking development leadership and a free system.

After the agreement is signed, China will open key sectors to the European Union. European transportation and telecommunications equipment industry, chemical and medical equipment manufacturing investors, and investors in service industries including finance and health are all expected to benefit. Moreover, the agreement seeks to establish a level playing field for European investors by prohibiting forced technology transfer, increasing subsidies, state-owned enterprises and transparency of administrative procedures.

At present, the flow of EU investment in China is far below its potential. With globalization being hit by trade protection and counter-current unilateralism, if more regional and multilateral cooperation agreements can be established, it will be helpful to promote the economy and promote trade development. It is very advantageous. According to statistics from the International Monetary Fund’s World Economic Outlook in April 2021, China and the 19 Eurozone countries accounted for more than 30% of global GDP in 2020. The orderly economic recession and the huge impact of the global epidemic on the economy have made this new agreement more valuable, and Europe will see the possibility of regaining market opening opportunities and economic growth.

The United States is the leader of the existing international system. Former President Trump has been hostile to Europe. The anti-globalization features of foreign policy are obvious. The United States has announced new tariffs on EU products, opposing free trade, and protectionism prevails. This unilateralist behavior is contrary to the EU's free trade and multilateralism values. Therefore, the agreement reached by the EU this time actually sends a signal to the international community that the EU is following "strategic autonomy." The signing of the agreement gives the EU an opportunity to send a message to the Atlantic that Europe "will not wait until the United States takes action." The agreement enables the EU to grasp the initiative to establish new economic fundamentals and bilateral relations.

The global epidemic is overwhelming, and the phased crisis brought about by the illusion of the Cold War

Although EU officials stated on the 4th of this month that the diplomatic dispute between the EU and China has jeopardized an important investment agreement. European Commission Vice President Valdis Dombrovskis told AFP that the agreement has been shelved and has not yet been approved. But earlier, according to Reuters, EU officials said that the ambassadors of EU member states in Brussels discussed the agreement on December 28 last year, and no country had any major objections to it.

Analysts believe that the main reason for this current situation is the global blockade caused by COVID-19 rather than a diplomatic crisis. There is no fundamental problem of conflict of interest and value deviation between Europe and China. But the unprecedented global isolation has triggered a Cold War mental effect that has never occurred in human history. When heads of state are not visiting each other, diplomats lack exchanges, and people’s exchanges are blocked, a chain reaction is triggered. Before 2020, things will not be so difficult.

In addition, authoritative analysts believe that this cannot be the main reason hindering the agreement process. Teresa Fallon, founder and director of the Brussels Center for European and Asian Studies, said in a telephone interview that the China-EU investment agreement has not been completely invalidated. Nabila Massrali, the EU’s spokesperson for foreign affairs and security policy, told the VOA that the EU continues to regard trade with China as a top priority and believes that the agreement is " A toolbox to balance our economic relationship with Beijing". Douglas McWilliams, the founder and executive vice chairman of the British Economic and Business Research Center, said: "I think the EU-China Investment Agreement will be a very important template for other countries. This may also become a long-term US-China investment agreement. It is hoped that the agreement will become an example of the UK-China investment agreement.” Given the highly political nature of the agreement, these EU procedures may take some time. Therefore, both the EU and China need to make continuous efforts to make the agreement bring the expected benefits to both parties as soon as possible.

As of November 2020, the 27 EU countries have actually invested US$117.98 billion in China, and the cumulative number of investment projects has exceeded 38,000. China's cumulative direct investment in the 27 EU countries exceeds US$80 billion. Huawei, ByteDance, and Honeycomb Energy announced that they will build new factories and data centers in Europe. According to a survey by the European Chamber of Commerce in China, the epidemic has not shaken the confidence of European companies in investing in China. 89% of the European companies surveyed are willing to stay in China, and 2/3 of the European companies surveyed listed China as the top 3 investment destinations. European companies such as Volkswagen, BASF, BMW, Allianz Insurance continue to increase investment in China. The localized operation and development of Chinese-funded enterprises in Europe has also become a trend. The economic scale of the two sides is similar, because the industrial development level is different, and the complementarity is also strong. The port of Piraeus in Greece and the Hungary-Serbia railway under construction have become important links for deepening the connectivity between China and Europe. The China-Europe Joint Investment Fund, the China-Central and Eastern Europe Investment Cooperation Fund, and the China-Europe International Exchange have expanded the channels for financial communication between Europe and Asia. Projects such as the Hinkley Point Nuclear Power Plant in the United Kingdom and the Pelješac Bridge in Croatia have led new models of trilateral cooperation.

In the past four years in the United States on the other side of the ocean, U.S.-Europe relations have experienced a great setback. The European Union believes that the implementation of all U.S.-centered policies by former President Trump in Europe has harmed Europe’s economic, political, and security interests. German Foreign Minister Maas has warned that there have been structural changes in German-US relations. Although U.S. President Biden and his team promised that the new foreign policy will unite Western allies, the differences between the United States and Europe have been made public before Biden took office. The irony is that while the United States continues to exert pressure, impose sanctions on Chinese companies, and raise tariffs, many American companies are still increasing their investment in China. The first phase of the China-US trade agreement in January 2020 further opened certain Chinese industries, including certain financial services, to US companies. Facing competition from the United States, European companies hope to reach a similar agreement with China. In fact, in the past ten years, European companies have lobbied the EU and China to sign an agreement in China, hoping that the investment agreement will lead to greater investor protection programs and more market access policies in China.

In 2020, 15 Asia-Pacific countries, including ASEAN, Japan, South Korea, Australia, and New Zealand, signed the Regional Comprehensive Economic Partnership Agreement. At present, the free trade zone with the largest population, the largest economic and trade scale and the most development potential in the world has been officially launched. China-EU investment negotiations have also been promoted. The long-term negotiation of the EU-China Comprehensive Investment Agreement to the current dispute reveals that the EU’s foreign policy is affected by the EU’s liberalism and normative thinking, institutional dynamics, and tactical negotiations. The EU needs to internalize more historical and strategic geopolitical thinking to better coordinate national security and economic issues. The expeditious completion of the EU-China Comprehensive Investment Agreement will not only be reciprocal, but will also promote the prospect of establishing a deeper trade relationship between Europe and China.

Original Source of the original story >> The EU-China Comprehensive Investment Agreement, a balance between EU economic power and global value 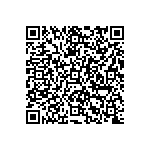