Gregory Grishayev and the Story of an Immigrant Turned Success story

From Ideas to Success: Gregory Grishayev, Living the American Dream 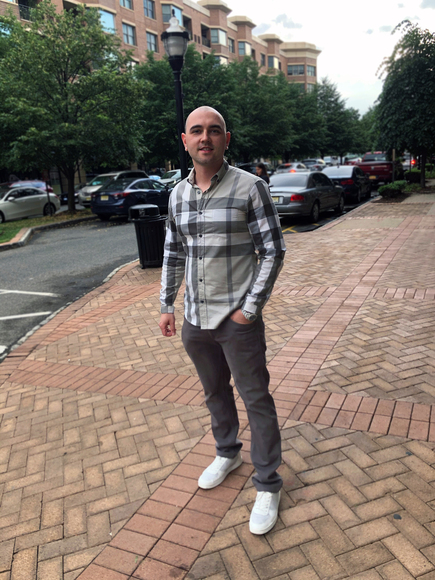 Gregory Grishayev looks like any ordinary young professional, but with experience and hard work he has seen extraordinary success. He’s was the COO & co-founder of one of a mid size vaping company. He also built several other businesses over the last few years, not all are glorious but he’s only 34 years old.

For Grishayev, life was always about facing challenges head on and making the most of what you have. Being born in a country that suffered from war, politics and poverty, he knew at a young age that he needed to work harder than everyone else if he wanted to succeed.

After the Soviet Union collapsed in 1992, Grishayev’s family migrated to the United States and domiciled in Brooklyn, NY to start a new life. After 7 years, his parents were granted citizenship to which Grishayev also became a naturalized citizen at the age of 12.

But being in America was no different for the young boy. To help his parents, Grishayev worked as a busboy in an Italian restaurant while going to school. He eventually became the person the small Resturant relied on the most.

After graduating High School, the young Grishayev decided not to pursue college. Instead, he started selling apparel on eBay with his best friend and older brother.

They started sourcing products from the big apple NYC and eventually tried their hands at product development by partnering with international suppliers. Competition on Ebay grew and the market for clothing started to dissipate so the trio split up. Grishayev took a year off, his best friend went to work as a stock broker and his brother started his career in IBM.

Grishayev knew that he had to think of other ideas since the money he saved wasn’t going to last forever. After opening a brick and mortar store, he realized he hated the 9 to 5 experience. One regular business day a customer walked in his store smoking what looked like a cigarette. Grishayev immediately approached him and told him he cannot smoke here. That customer right then and there opened his world to this new technology. An odorless cigarette called vape.

A year passed and Grishayev decided that he needs to do something online, the store isn’t going to pan out. He shut down his place and went on a road trip with his brother and girlfriend. This is when he rediscovered vaping, but this time it was only twenty dollars as opposed to $100 that his store customer paid. Grishayev then went on to pitch the idea to three of his friends. Everyone laughed it off, they’ve already been around for three years, they’re not going to stand up to large competitors like Altria or Reynolds.

He finally circled back to his best friend who he hadn’t spoken to for at least a year. His friend a stock broker at the time coming out of the great recession of 2008 he was real unhappy with where he was in life. He jumped at the idea of selling vaping products. They spent a month asking other vaping companies for a good price so they can sell their products. Left without answers, they thought it might just be a good idea to start their own private label. Using the small amount of sourcing skills they picked up procuring clothing suppliers. Grishayev eventually found their first vaping manufacture overseas.

After the first shipment rolled in, he was met with rejection. He finally realized that the main issue was price, he was targeting a higher end price, the main reason he did not start vaping products earlier. He scrambled and introduced a product line which was ready for the mass market. The brand would become one of the biggest names in nicotine vaping earning more than $9.5 million in revenues by his second year. Sales continued to skyrocket for their vaping brand making Grishayev and his partner millionaires in their own right.

Like in physics, what goes up must come down. After a few years at the top of his game, business started to slow down. Without staying up to date on advancing e-cigarette technology Grishayev’s vaping brand became a walking dead company. Fearing that there was no longer any hope for the company; Grishayev decided to venture into other things like hoverboards, handbags, light up shoes. Some did well and some failed but none did as well as the Ecig venture in its prime.

Overwhelmed with calls from his old vaping clients telling him there was something new and the landscape was shifting again. He eventually he circled back to try to revive his brand. He went to his old to try to manufacture this new, more stylish vape with nicotine and technology advancements. The supplier struggled and couldn’t produce anything viable. Disappointed Grishayev did not give up and went back to the drawing board. He knew he had to start from scratch, shortcuts wouldn’t work here.

Finally he found the right partner that was able to secure a product that his distributors liked. Even thought they did not mind the product, getting the same clients to put them in stores and getting consumer exposure was still an uphill battle. With the help of his old contacts and a larger bankroll and the tactics he learned in 2013. He was able to secure a much larger customer base. In just a few years they were able to secure over 80 million in revenue.

These revenues were nothing compared to the industry leader which at their peak were valued at 2 billion. With such growth, the market leader had caught the attention of multiple government agencies. This attention lead to the downfall of the vaping industry, with additional regulations and taxes piling on. Also the market leader had set its sites on eliminating Grishayev brand, using the legal system as their shield. These new restrictions coupled with a new enemy, this started to weigh on Grishayev brand.

Both partners finally decided to throw in the towel and close down in early 2020 when the pandemic hit. The effects of new regulation, the pandemic and big tobacco putting a target on their back had taken its toll.

Being true business enthusiasts, Grishayev couldn’t just retire at 34. He found that a budding sunglass company had a valuation of 200 million. Being that the eyewear industry is lightly regulated and the products are the same size as vapes. Fireworks erupted in his brain and he called his partner and life long friend, but this time his wife a former Deloitte employee joined the team.

After a few months of conceptualizing and brainstorming, Purpyle was born. “We wanted to give people options to look and feel good in their eyewear without spending a lot of money on it,” Grishayev explained. Purpyle features a range of polarized, fashionable and high quality sunglasses all under $50.

Today, this new brand is already making waves among consumers with more people posting about their sunglasses in social media.

For Grishayev, the goal is simple: disrupt the eyewear industry with affordable yet good quality products that consumers can enjoy for a long time. After all, he knows what it’s like to work hard for your money so he wants to give consumers the opportunity to buy their favorite sunglasses without feeling guilty about spending so much.