Blogger and motivational speaker, Ryan Williams French, is thrilled to announce the release of new motivational videos that focus on empowering young adults. 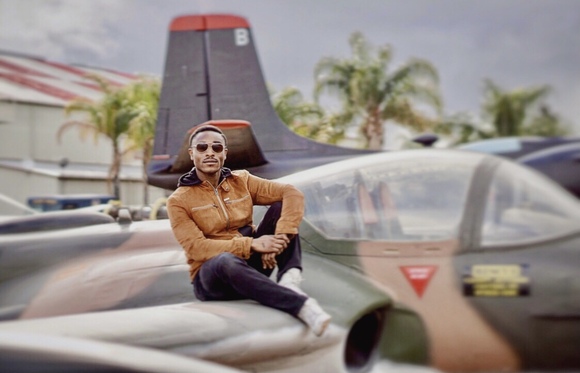 Following the success of launching his new blog My Strength My Song, motivational speaker, educator, writer, and actor Ryan Williams French has diverted his attention to creating captivating messages about resilience and faith for young adults.

His most recent video, “Wax On, Wax Off: A Message on Value,” is an uplifting speech highlighting the gifts of being discarded and hidden in the background. In this lesson, the speaker encourages viewers to find their value from within because no one has the power to determine a person’s worth. Ryan is invested in speaking life to youth struggling with identity, abuse, and homelessness. As a young child raised by a single mother, the reality of living in and out of motels was commonplace due to domestic abuse. However, at a young age, he decided to dedicate his life to improving the lives of young adults from similar backgrounds.

As a motivational speaker, Ryan pulls from his background as an artist to craft visually compelling lessons that integrate video, music, history, and images. For example, in his two-part message entitled “What Do You Have to Say?” Ryan examines the life of the late filmmaker and activist Marlon Riggs as a means to demonstrate the power of words. The speaker supports his thesis with references to bell hooks, Nelson Mandela, and Eddie Murphy.

In 2017 Ryan worked for a short term as a quality analyst at Los Angeles Homeless Services Authority (LAHSA). It was there that he discovered the city of Los Angeles alone has a population of nearly 5,000 homeless youth (anyone under the age of 24). Most of the youth are considered transitional age and are between the ages of 18 and 24. Unfortunately, this group is at a much higher risk of depression and committing suicide. After learning about this, Ryan decided he would create a blog.

The blogger’s next motivational series, “How to Build a Plane/a pilot’s companion,” will be focused on vision. The lesson is told in four parts. Through metaphor, Ryan will instruct young aspiring “pilots” on how they utilize the four forces of flight (weight, lift, drag, and thrust) as tools to accomplish their dreams.

If you or anyone you know is currently searching for inspiration, please take the time to view some of Ryan’s videos at: https://www.mystrengthmysong.com/videos.

Plan New Year incentives and motivation now to avoid the...