The Edinburgh-based mobile app development company has a strong reputation in Scotland and beyond thanks to its beautiful designs, quality service, and friendly, award-winning app specialists.

19 May 2021 -- Edinburgh, Scotland — Erbo, an app development specialist, is considered to be a leading app developer. In fact, for the past three consecutive years, The Scotsman, a renowned Scottish newspaper, called Erbo “one of the leading app developers in Scotland.” Year after year, Erbo has embraced excellence and innovation, leading it to deliver multidisciplinary solutions and win awards time and time again.

There are several factors that have contributed to Erbo’s strong industry reputation. First, Erbo has the credentials to back up its reputation. Erbo is a Certified Apple Developer, a Google Enterprise Partner, and an Awwwards recipient. Having been the recipient of several awards, Erbo’s quality and innovativeness speak for themselves. Second, Erbo has its finger on the pulse of what people and businesses want out of their apps. Erbo does not cut corners and believes that apps should look as great as they function. As a result, apps created by Erbo are distinctively well-designed. “We take great pride in creating great-looking apps that your users will love and that have the potential to bring next-level results to your business,” says an Erbo spokesperson.

Because Erbo is highly experienced when it comes to working with businesses and developing apps on their behalf, they have narrowed app creation down to a granular level, allowing them to capture the intricate needs and desires of their users in detail. Years of experience have also shown Erbo what industry best practices look like. Erbo is easy to manage, approachable to work with, and available 24 hours a day, seven days a week for technical support. The app packages oﬀered by Erbo are comprehensive, allowing users to include all the features of their dream app without sacrificing performance or quality.

To make Erbo’s suite of app development services available to an even larger population, from startups to small and medium-sized businesses, Erbo oﬀers 0% financing on all packages. “We do not believe that budget limitations should get in the way of your new app,” says an Erbo spokesperson. “Our in-house financing options oﬀer a great way to start and to help businesses get their apps out of the idea phase into reality.” Developing an app from start to finish is a big project. Because Erbo has done it so many times on behalf of so many people, it understands what people hope to get out of working with Edinburgh’s leading app developer.

People often wonder what it really takes to get an app from inception oﬀ the ground and how much it costs to hire an app developer? The cost of an app development project varies and is largely dependent on the complexity of the project, the time it takes to develop it, and on what platforms (iOS, Android) are being developed.

Aside from the amount they cost to develop, mobile and web app development takes time. Even smaller, more basic projects take several hundred hours spread over 3-6 months to do well. As a project increases in complexity, so does the amount of time it takes to complete it. The large complex projects could require more than 1,200 hours of work and the bulk of a year to complete.

The cost of app development is also impacted by the type of project, the features and functionality a user would like to see in their app, the level of customization, the platform the app is designed to integrate to, and more. While there are many factors that go into the cost of an app development project, most vendors can make an estimate of a project’s cost for prospective customers and walk through the feature and functionality of their future app. Erbo oﬀers free consultations, giving businesses the ability to understand the app development process, what any project with Erbo might look like, the breakdown of a project estimate, and how Erbo would respond to their questions and concerns. Customers who have worked with Erbo called the experience “professional,” “a delight,” and praised Erbo for surpassing their high expectations, even starting from the consultation phase.

The cutting-edge apps created by Erbo have helped businesses across the UK and beyond maximize their eﬃciency, bring in new customers, and improve their digital presence. App development is an incredibly lucrative industry simply because of the sheer amount of time people spend looking at and using their mobiles. In fact, the total revenue from mobile app downloads, advertising, and in-app purchases £88 billion. This number was on track to pass £188 billion in 2020.

Because people spend so much time on their mobiles and so many businesses create visually stunning, highly functional apps, the bar is high for new businesses looking to make a good impression. A great app does much of the marketing legwork that helps lend business credibility and establish it as an industry player. As the expression goes, people vote with their pockets, and with this in mind, there is a strong correlation between consumer preference and a strong online, mobile app, and digital-based presence. When considering that 90% of mobile usage is spent on apps and that the average conversion rate of apps compared to websites is 300%, it makes sense that well-designed apps can help increase a business’s return on investment, usually many times over.

Erbo welcomes any interested businesses to contact them to learn how building an amazing app can help them grow and reach their goals. To learn more about Erbo, visit https://www.erbo.uk/apps

Erbo is a mobile app development company that creates award-winning, groundbreaking apps for emerging startups and established businesses alike. Their team of experienced designers, developers, and marketers serve Scotland through their oﬃces located in Edinburgh and Glasgow. 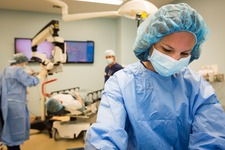 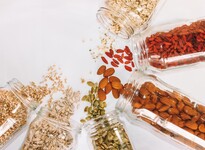