For Alecksandro Rizzo, an online entrepreneur who is also a dancer and a television personality, his very introduction denotes that ambition is something he has in spades. 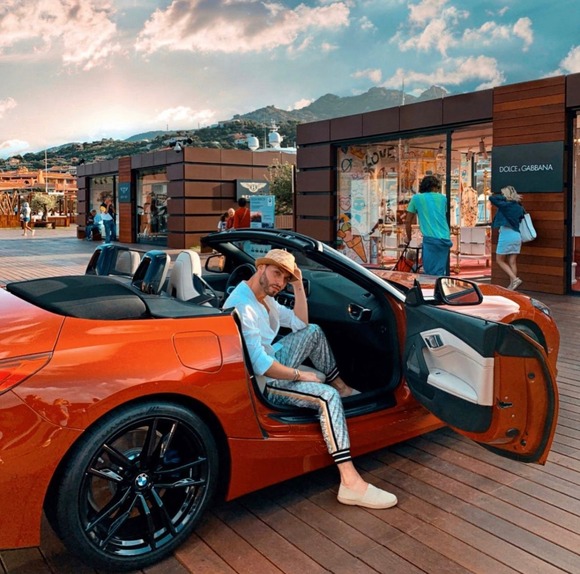 To a psychologist, a person’s ambition is a personality trait that’s synonymous with achievement motivation—the drive to succeed. As such, it’s very useful fodder for online articles that would say how “ambitious people have these traits,” or how they have “these personality characteristics.”

While that might be all too well for academia or its more lowbrow digital counterparts, in real life, the drive to succeed is often the only thing people will have to get through some tough times. It’s not a common trait, but for those who have it, it brings several perks with it.

For Alecksandro Rizzo, an online entrepreneur who is also a dancer and a television personality, his very introduction denotes that ambition is something he has in spades. Here, he’ll share a couple of perks of having this trait that he found helpful in business and life in general.

It Gives a Purpose

“I am an ambitious person,” Alecksandro says. “I like to do big things, and I have succeeded at that.” That’s the number one perk of being ambitious: that purpose-fueled drive. Alecksandro knew that big things were in store for him, and that gave him purpose and motivation to plow through the ordinary while working toward the extraordinary he believed he deserved. In the end, the results were the only thing that mattered, and he isn’t lacking in results.

Every person will face some tough times. Even the people who were born into wealth will need a way to build resilience and perseverance. Alecksandro Rizzo had to realize his ambitions one step at a time, and they weren’t all too pleasant.

“I started as an artist, showing my talents in big castings,” Alecksandro says. “I’ve been met with a lot of closed doors in my career.” With time and perseverance, however, things improved dramatically for Alecksandro, and it was all because he didn’t give up on his ambitions.

The more people stray away from conventional career paths, the more difficult it gets to find a straight line of career progress. There’s no “X leads to Y, which leads to Z” in either show business or online entrepreneurship. Things tend to be much more diverse and demanding of creativity in these lines of work.

Luckily for Alecksandro, he already had creativity when he decided to pursue an untraditional career. However, it was his fervor to succeed that made him lean into it so heavily. While creativity isn’t exactly a muscle, it does require a workout to stay in shape and grow, and Alecksandro Rizzo’s ambitious streak provided plenty of opportunities to work it out.

An unhealthy ambition can easily turn into an obsession, and maybe something even worse. However, if it’s given reasonable boundaries and harnessed for something positive, it can be a propelling force like few others.

Original Source of the original story >> The Perks Of Being Ambitious, As Per Alecksandro Rizzo

How Dr. Roya J. Hassad is Pioneering Anti-Aging for Clients Around the World
Press Releases

Taking Time for Correspondence Chess in a Fast-Paced World