Silicoin was developed to overthrow the traditional mining mechanism.

New York, NY--While cryptocurrencies like Bitcoin might be all the rage today, people are criticised for the heavy consumption of energy. Recently, BitTorrent inventor Bram Cohen launched his own cryptocurrency – Chia. His Chia Network made a big success in blockchain mining. While Chia appears to offer plenty of benefits, there are concerns that it could be creating a new problem in the form of hard drive and SSD shortages. As the blockchain world urgently needs a more environmentally friendly, intelligent and fair decentralized network ecosystem, Silicoin was developed.

Silicoin was developed to overthrow the traditional mining mechanism. It combines a solution for the flaws of traditional mining by forming a new and unique mining logic. It aims to truly balance PoW and PoS and meets the original intention of BTC and Chia in order to make mining with ordinary equipment happen and to have the blockchain truly decentralized.

In Silicoin network, the higher the computing power of a single miner, the more SIT needs to be staked if they want to get matching profits. Under this mechanism, big miners need extremely high costs to monopolize computing power, which will damage the interests of small and medium miners and endanger the security of the Silicoin network. They cannot over-occupy network resources based on equipment resources or huge funds. Small miners can join the powerful Silicoin network with a low or even zero threshold, contributing to a more decentralized and fairer blockchain network and gaining benefits. Due to the fairness of the mechanism, everyone has the opportunity to participate in the Silicoin network.

Solicoin has permanent immutable history that gets added to the blockchain. The “Farmers” have to prove that they’ve used resources with proofs of space and time (storage space) to mint new blocks. In exchange, the “Farmer” get rewards and transaction fees for all transactions they include. With each minted block, the new blocks would become expensive to produce. Once a new block is minted, the farmers would collectivity switch to “farming” on top of the new block.

In addition to that, the network node system is also a major feature. Application nodes are an important part of Silicoin's effort to build Web 3.0. Similar to other blockchain projects with nodes, Silicoin nodes will also provide decentralized communication services and decentralized storage. Beyond that, it has the function of relay node between calculation layer and settlement layer to realize anonymous transfer, hot data exchange and distribution.

People with additional space can participate in farming in Silicoin network. This green digital currency also addresses the increasingly centralized nature of Bitcoin, whose mining is preferable in areas with cheaper electricity and cooler environment. Besides, staking encourages token holders to participate in fair ways. In order to avoid centralization caused by massive tokens, a staking requirement is to be conducted when the size of plots over the threshold. This approach ensures the network stays secure. 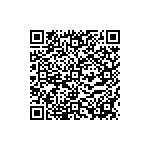