Intercompany Solutions (ICS) is inherently driven to provide legal and accounting services in the Netherlands for entrepreneurs from all over the world. 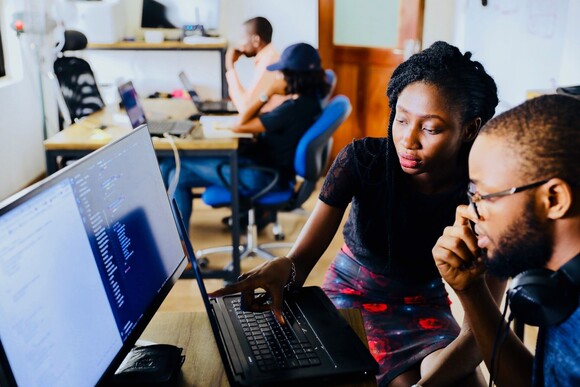 The fact that the United Kingdom opted for a Brexit last year was a harbinger of the collapse of the British economy.

At least we thought so. ICS now knows better: the British have managed to keep the economy fairly afloat so far, with growth in 2017. Because of this, the UK is once again at number 1 in the list of the best countries in the world to do business.

A small side note: due to the sharp fall in the British pound, imported products have become considerably more expensive in the UK. Ordinary Brits feel that wage growth lags behind British inflation in their wallets—loss of purchasing power due to Brexit.

But back to the list: the Netherlands is also one of the most powerful countries in the world to do business. Our country takes third place, just after New Zealand. We are doing so well that has a lot to do with continued high trade surpluses, stable labor connections, and low lay-off.

In addition to the general list, the Netherlands also scores exceptionally high in the lists of best countries for personal freedom, technology, innovation, and property rights.

List Of The Top Countries In The World For Doing Business

The UK scores well on citizenship, entrepreneurship, and power. Religious freedom is essential there, and the British do a lot of business with the rest of the world. The infrastructure is good too, but the UK doesn't get a high mark regarding uniqueness. The respondents do not think the kingdom is that special.

New Zealand is the best country in the world to do business. According to a World Bank report, New Zealand is the most accessible country to trade, which is the fourth year. Arab countries made an advance in the ranking, while the situation in Latin America is deteriorating sharply. New Zealand is ahead of Singapore, Hong Kong, Denmark, and South Korea in the order. This is followed by the United States, Georgia, Great Britain, Norway, and Sweden New Zealand is located in the Southern Hemisphere and has a South Island and a North Island. As for virtually all countries on the list, New Zealand's economy is booming. A good economy often ensures that other things such as health care and education thrive. New Zealand is no exception to this. Other areas where things are also going particularly well are in the area of ​​freedom. In addition, it is perhaps superfluous to mention beautiful nature.

Congratulations, dear reader, you live in a country where the quality of life is quite good. According to this survey, of course. The education system scores high, as does the health care system. As in Sweden, according to the respondents, life is somewhat expensive. We also score well in terms of citizenship, but we are not powerful as a small frog country.

Suppose you think it is essential that the climate for entrepreneurship is good. In that case, you should be in almost the same countries: Germany, Japan, the United States, the United Kingdom, and Canada. The Netherlands also scores relatively high and is in seventh place. Japan emerges here because of a lot of technological expertise, a well-educated population, and innovation.

We will kick off with Sweden. Due to a good standard of living, the country has been high in the top lists of the best places to build a livelihood for several years now. Several factors positively influence the standard of living here. For example, people here have a life expectancy of 82.3 years. This high life expectancy is not at all surprising when you calculate the contribution of health care. Citizens have excellent access to quality healthcare. The education here is also to write home about and also very accessible. In addition, the country has often been at the top of the Prosperity Index list. Another list on which Sweden also does exceptionally well is on Forbes and the World Bank.