Latin America is home to the planet's largest reserves of lithium, copper, and silver. The region also has substantial deposits of gold, zinc, iron ore, tin, and nickel. Subsequently, Latin America has always been attractive to mining investors, but long-standing political instability and stringent mining legislation deterred many of those potential investments. Nevertheless, the mining sector presents substantial promise for investment opportunities, despite the destructive effects of the Covid-19 pandemic. Read on to explore why now is an excellent time to invest in Latin American metal stocks.

1. The demand and value of several metals in the Latin American region have increased and show promising for substantial growth in the coming years.

When a slew of stimulus packages around the world during the Covid-19 pandemic pumped large quantities of money into global economies, the value of gold rose against paper currencies. In just eight months from the start of the pandemic, the price of gold increased by more than 30 percent. This increase was fueled by a sharp increase in demand for the metal from financial products like gold-backed exchange-traded funds.

Additionally, the increased adoption of electric vehicles (EVs) has recently boosted the demand for copper across multiple regions. While an internal combustion-engine car requires 23 kilograms of copper during production, an EV uses 83 kilograms. The demand for copper is also predicted to increase as more countries around the world utilize 5G telecom upgrades. In fact, copper prices have already surpassed pre-pandemic levels, buoyed by the stimulus packages rolled out in China and the EU.

2. Data insights predict increasing demands for Latin American metals with low carbon footprints and minimal adverse social costs of extraction. As the use of EVs increases, their environmental impact will soon come under scrutiny. EV manufacturers will therefore increasingly demand and willingly pay a premium for metals with low carbon footprints. This development will bode well for the Latin American mining industry.

The Chilean mining industry has access to abundant solar power. According to the ACERA, the Chilean renewable energy association, almost 13 percent of the country's total electricity demand is met by solar power. There are several large-scale solar power installations in the country, and many more are in the pipeline.

In terms of capacity added, Latin America currently has one of the fastest hydroelectric power growth rates in the world. In Argentina, Brazil, Ecuador, and Peru, miners have access to cheap hydroelectric power that minimizes the carbon footprint of their products.

Stringent mining policy regulations in Latin America provide compelling incentives for mining companies to stick to global environmentally friendly practices. Latin American metals have low social costs of production, which offer a distinct advantage. For instance, Apple and Tesla use cobalt sourced from the Democratic Republic of Congo, a region that knowingly exploits child labor. Accordingly, as businesses and consumers commit to being socially responsible, the demand for Latin American metals will increase.

3. According to SPGMI, Latin American countries have been attracting increasing exploration funds in recent years. Countries in the region like Brazil, Argentina, Chile, Mexico, and Peru have aggregate exploration budgets of more than US $200 million. Additionally, there are more than 20 Latin American companies that have budgeted the US $10 million or more for metals exploration.

Furthermore, the budget for base metal exploration in the region has also shown meaningful growth in the last decade. According to S&P, for the first time since 2014, base metals have been consistently matching gold in terms of Latin American exploration targets.

The Latin American democracies that have gained autonomy in the past 50 years have developed an understanding of and greater empathy for the strong indigenous populations of the region, who have ancestral ties to the land and are therefore the original owners of the metals. These countries have therefore reworked their policy frameworks to ensure transparent, fair, and smooth interactions between the citizens and the mining companies. These regulatory changes have convinced locals that they are not being deprived of their rightful share in the profits from mining. This, in turn, has improved community relations and prevented costly operational delays resulting from legal stand-offs, blockades, and other avoidable complications.

These policy reforms have shown meaningful results for locals as well as Latin American governments. According to Fraser Institute's Annual Survey of Mining Companies, Latin America's median investment attractiveness has increased by more than 15 percent in recent years.

Catalina Maria Ramos Varela, Business Development Executive at Ventura Advisory, has stated that "despite the devastating economic and health conditions caused by the pandemic, we remain optimistic that improving conditions will lead to the economic growth of more than 4% in Latin America during the year 2022."

Following decades of civil, political, and economic unrest across the region, conditions have changed above ground. Mining in Latin America is currently a profitable and hassle-free venture, and governments across the region welcome foreign investment opportunities. Given that the demand for metals found throughout the continent is predicted to increase in the coming years, pursuing investments in Latin American mining stocks now proves to be a logical part of any robust financial strategy.

This article is not an offer to sell or advice to invest. The sole purpose is to provide information about the Metal Stock Investment Opportunities in Latin America. 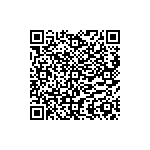