The new book, Sub to Ego is a spicy tale about a doctor and a woman who met on a New York train. 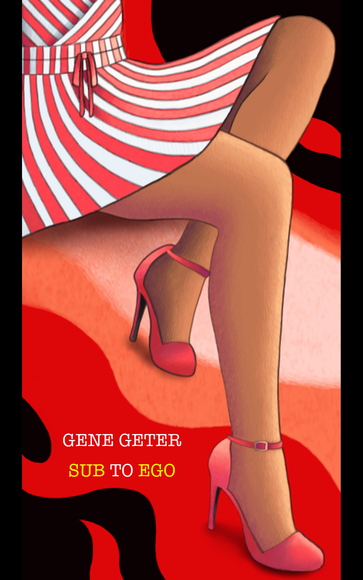 Sub to Ego, the follow-up book to last year's hit, The Craigslist Model by Gene Geter is a spicy tale exploring a dominant submissive relationship.

The book is a conversation between two people, Slade West, a photographer in New York and Roxanne Flowers, a model manager living in the United Kingdom. Flowers reflect about the time she met a doctor named Arthur Igo (pronounced Eggo) on a New York train. The doctor wanted to hire Flowers for a personal project as his submissive. Flowers told West, "There are eight million stories in the naked city. This is the eight million and one." She continued, "I was willing to try anything once. Twice if it was really good. I was 21." Sub to Ego is not only about a dom and a sub, but how the human mind is influenced by subliminal messaging. Geter said, "I became fascinated by not just the sexuality of people, but the psychology behind the sexuality of people. I was fortunate to see their personal lives up-close and center." Just as it was for the previous book, the new book is complete with clever wordplay throughout such as double entendres, puns and homonyms. Geter declared, “Readers will not be ready for where the story will take them.”

With a cover by Graphic Designer and Illustrator Ginny Leano, Sub to Ego is available where books are sold.

Original Source of the original story >> Hot For Doctor