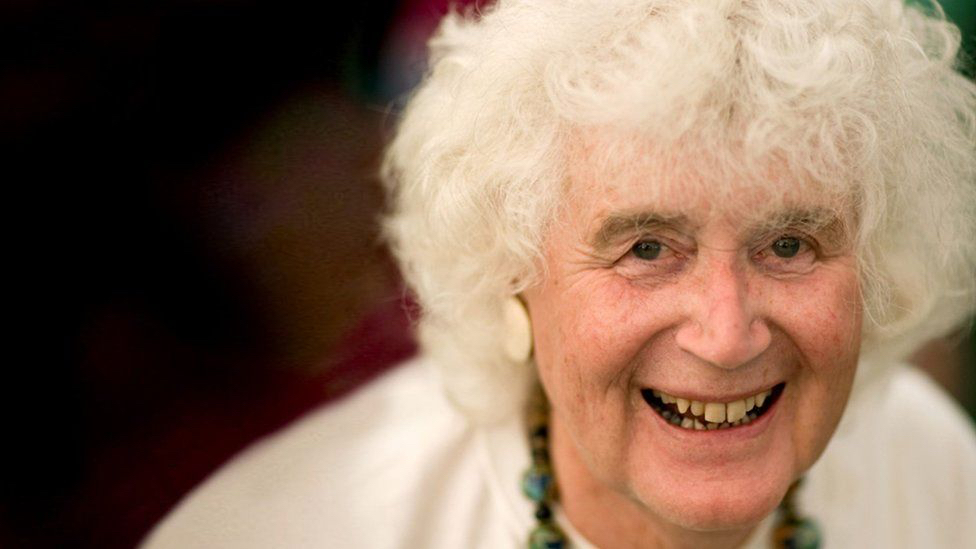 Bookwaves/Artwaves is produced and hosted by Richard Wolinsky.

Jan Morris was a noted travel writer and historian, and a leading figure in the trans world. As James Morris, she accompanied Edmund Hillary on the first expedition to the summit of Mount Everest. Before and after her transition in 1964 to the time of her death, Jan Morris had published 18 travel books, six history books including a three volume history of the British Empire, eight memoirs including the best-selling Conundrum, two novels and twelve collections of essays.

An interview recorded while Jan Morris was attending a conference in San Francisco, August 8, 1999.

Richard Wolinsky and Richard A. Lupoff discuss her career, her feelings toward writing, the United States and other topics. Jan Morris’s book, Lincoln: A foreigner’s quest, discussed in the interview, was published in 2001.

An interview recorded during the book tour for “Trieste and the Meaning of Nowhere,” recorded November 16, 2001 in the KPFA studios.

In this interview Jan Morris talks about the meaning of Trieste in her life, delves deeply into what she sees as the future of humankind over the following decades, and pretty much nails where we are today in 2021.

True to her word in the interview, “Trieste and the Meaning of Nowhere” was the last full-length book Jan Morris would write. Collections of new and old essays were published in 2004...