Toward a Radical Hope and a World-Changing Rage: A Conversation with Preti Taneja - lareviewofbooks 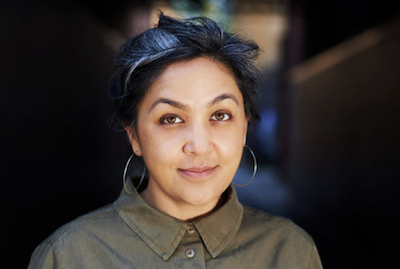 THE SECOND TIME I met Preti Taneja was last January 2020 in New York City when she flew in from England for her editor Sonny Mehta’s funeral. But New York publishing’s obsequies were not the only weight on her mind. Preti had just accepted an offer to write a work of nonfiction, a memoir, she told me. And when she revealed what it would be about, my heart sank, unable to fathom what she had revealed. But I told her that only she would be able to do right by that story.

Preti and I had first met at a festival in Adelaide: I was a great admirer of her 2017 debut novel, We That Are Young, an award-winning epic about Indian oligarchies and Hindu-settler colonialism in modern-day Kashmir that boldly deconstructed Shakespeare’s King Lear. But Preti is also an activist, a political essayist, a minority-rights advocate who has done work on Iraq, Kosovo, Rwanda, and Kenya. When we met, she was also teaching writing at a high-security prison for men, HMP Whitemoor, in Cambridgeshire through Cambridge University’s Learning Together program. In Preti’s classes, university students joined the incarcerated at Whitemoor in writing workshops.

“Did you hear about the incident on London Bridge?” Preti asked me. Of course, I did; it had happened barely two months before — around Thanksgiving, I remembered. I recalled its spectacular details — how audience members at an event honoring the learning program had used a narwhal tusk grabbed from an ancient wall to subdue a knife-wielding...