KENNARD: Ideas to help you stay warm when ice arrives - The Robesonian

We should probably talk about the weather, considering things are going to get pretty awful pretty quick here.

Freezing rain is expected to roll into the area on Saturday night, which could prompt more than a few short prayers during folks’ drive to church on Sunday.

Here’s my advice: Go slow, wear polarized sunglasses and get your car’s windshield defroster working before setting out.

As a newcomer to the area, I still haven’t figured out North Carolina’s weather patterns, but I’m no stranger to extreme weather.

During my formative years, my mother dragged us out to Kansas every summer to visit with my grandparents, Bert and Dorothy. Yes, my grandmother’s name was Dorothy — from Kansas, and she survived a number of tornadoes in her 92 years, although none of them took her to Oz.

We learned early on that when Grandma told us to head for the cellar, she meant business.

However, most of my “extreme weather” experience comes from growing up in Denver, where cold weather meant snow, and snow meant skiing. From my early teens until I left for college, my brother and I escaped to the high country as often as possible, usually getting our first runs in as early as Halloween each year.

The winter after I graduated from high school I started working as a ski instructor at Winter Park, which is on the backside of Berthoud Pass in the Colorado Rockies. The once-a-week job paid next to nothing, but I got to ski for free all winter long.

My winter weather driving skills got pretty good after a while, and although my 1973 Chevy Nova handled the slick mountain roads horribly, I did learn to drift around those hairy turns with ease. And I could put on or take off a set of tire chains with the speed of a pit crew.

During some of those early escapades into Colorado’s high country, friends and I had discovered cross country skiing, which led to winter camping in some pretty remote areas.

On one such trip, a good friend and I skied into a site I had scouted several weeks before.

During that early winter scouting mission, I had hiked in and buried a huge jar of chili and a Coleman stove inside a small snow bank that in October had already stacked up against the trunk of a large Douglas fir tree.

I reached as high as I could into the tree and attached a fluorescent ribbon — knowing that when we skied in weeks later, the snow would make my hidden treasure hard to find.

I was right. When we arrived to find the forest floor now hidden under deep snow, we looked for more than...

Original Source of the original story >> KENNARD: Ideas to help you stay warm when ice arrives - The Robesonian 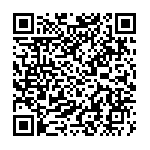