Born in Augusta, Georgia, he went to law school and was licensed in South Carolina. But in the ‘80s, he was caught up in Operation Jackpot, an FBI investigation into an $850 million marijuana smuggling ring on Hilton Head that ended with the arrest of more than 200 “gentleman smugglers” and launched the career of then-U.S. Attorney Henry McMaster.

In 1982, Czura pled guilty to conspiracy to import over 1,000 pounds of marijuana and was eventually disbarred; he appealed the decision to the state Supreme Court in 1985 and lost.

So the former lawyer went into the billboard business, founding Marlin Outdoor Advertising. In the last four decades he’s put up more than a thousand billboards across South Carolina and Georgia, running campaigns for RBC Heritage Presented by Boeing, Cracker Barrel, Hilton Head Boathouse and McDonald’s.

But behind the big moves there was always a constant: writing. When Czura was fresh out of law school and taking delivery jobs in the Caribbean, he wrote a novel revolving around environmental sabotage and sold a pilot to a TV channel.

“A lot of lawyers become writers,” he said, pointing to John Grisham and David Baldacci as examples. “It was natural.”

In 2017, he pitched a screenplay to a Hollywood actor and producer. It was accepted by an independent film distributor, but they pulled out as production was about to start, Czura said.

So for his next project, a film about Union General William Sherman’s bloody “march to the sea” from Atlanta to Savannah in 1864, he decided to go fully independent. He hired Christopher Forbes, another Augusta native who’s made more than 30 films, several of them Civil War movies.

“Something like Sherman — I mean, good lord,” Czura said of picking the subject of the film. “You know about him. It is so geographically and culturally relevant. You’re talking 62,000 troops from Atlanta to Savannah 60 miles wide, the largest military campaign in American history, you’re fighting your fellow Americans. He had more soldiers than Julius Caesar.”

Czura didn’t want to make the film a documentary — “I don’t want to be Ken Burns,” he said.

Instead, he focused on specific moments within the campaign, including a massacre at Ebenezer Creek when Union soldiers pulled up a bridge behind them, leaving nearly 100 freedmen following the army to drown crossing the creek or be captured by Confederate troops. 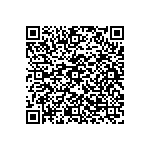 Fake it 'til you make it? 32% of employees own up to holding a position they lied to get! - Digital Journal
Announcements