Just as they presented a letter addressed to Osinbajo containing their demand to the Akarigbo and Paramount Ruler of Remoland, Oba Babatunde Ajayi, for onward delivery.

The indigenes from across the 35 wards in Remo Federal Constituency led by the former House of Assembly member, Hon. John Obafemi, declared that Remo sons and daughters both at home and abroad considered Osinbajo, a proud indigene of Remo from Ikenne local government, an erudite scholar, a highly successful lawyer and a pragmatic politician as very fit to succeed President Muhammadu Buhari.

“it is glaring to all that Prof Yemi Osinbajo is a gift from God. He is naturally endowed with wisdom from above. He has always been a star shining from his secondary school days at Igbobi College. His impressive records as eight years Attorney General and Commissioner for Justice in Lagos is there for all testifying that he is one of the rare gifted world leaders.

“And as Vice President, he has supported President Buhari to move the country forward. It is the strong opinion and desire of the people of Remo land to have our proud son, Prof Yemi Osinbajo as the next president of the country. We have the assurance that with someone so gifted like him at the helms of affairs things will surely be much better.

“We have therefore come unto you as our father in Remo land to present this letter to you which is written by sons and daughters of Remo land asking Prof Yemi Osinbajo to as a matter of urgency declare interest to run for the presidential seat in 2023. We plead with you Kabiyesi to help us ensure that this letter gets to your son in Abuja”.

Oba Ajayi assured them that their letter would be sent to Osinbajo whom he described as a very intelligent man.

YOU SHOULD NOT MISS THESE HEADLINES FROM NIGERIAN TRIBUNE

In spite of the huge investment in the water sector by the government and international organisations, water scarcity has grown to become a... 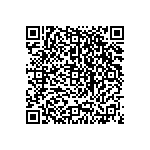