Even after the Texas midterm primaries came and went, stories from the campaign season just keep getting stranger.

A former Kaufman County justice of the peace, the son of a self-proclaimed “proud white nationalist” political activist from North Texas, admitted to law enforcement last week that he stole yard signs set up by the campaign of a candidate for district attorney there, inForney.com reported.

A few weeks before the March 1 primaries, Farquharson posted photos showing a heap of his campaign’s yard signs had been stolen overnight from a Forney courthouse and dumped outside of town.

Kaufman County Sheriff’s Office and the Forney Police Department told inForney.com that although Farquharson didn't file a report documenting the alleged theft, they ended up using video surveillance cameras to capture the incident and release a vehicle description to the public.

When law enforcement questioned him about the alleged theft, Myers confessed to taking Farquharson's signs and dumping them in a wooded area north of Forney, according to initial reports from officials. InForney.com obtained an audio recording of Myers’ confession last week that shored up officials’ stories.

Myers lost his position as a JP in 2002 when the Texas Supreme Court determined he’d stopped performing his duties. At the time of his confession, he was out of jail on bond for two DWI charges and two charges of resisting arrest in Kaufman County, court records show.

“Voter integrity begins with fair elections," Kaufman County Republican Chairman Coby Pritchett told inForney.com “I am disappointed, because you can’t have fair elections when criminals break the law by stealing signs. This is not where I want candidates or their supporters to concentrate their energies. Their actions are certainly not condoned by the majority of Kaufman County Republicans.” 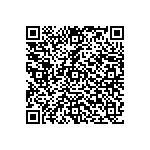