It seems oil investors have grown weary of the roller coaster and would like to go back to counting their cash. Would we not do the same? Who wouldn't want to see their portfolio grow?

There's no reward in life without risk. But for shareholders, risk ain't paying the bills.

Oil companies are extremely profitable right now and Wall Street firms generally prefer that the companies return those profits to investors—either through dividends or stock buybacks—rather than spend it on new projects that may not be profitable down the road. As oil prices rise, the profits that can be returned to investors will only grow. If they fall, the companies have sufficient padding to avoid steep losses.

That's taken from a great article on Time.com. Reporter Justin Worland is asserting that investors are suffering from fracking fatigue. The challenges navigating the volatile price swings in the oil industry have pushed them to a more conservative approach to development. I'm certainly not an economist, but since Justin brought up "Wall Street", I feel I should admit most of my economic perceptions were formed by watching the 1987 Oliver Stone movie "Wall Street". The Michael Douglas character Gordon Gecko was a major trader that had an elaborate plan to dissolve a company instead of redeveloping it. I guess I learned progress doesn't always lead to profit. But clearly, it's far more complicated than that.

"It makes you a little a curious as to why our largest oil and gas companies are not ramping up,"

That's a statement from Lynn Helms North Dakota mineral resources director. North Dakota oil production actually fell in January which is understandable because the weather was pretty inhospitable. This could also factor into the fact that no new oil rigs have appeared in the state.

Doug Burgum and 24 other Republican governors are calling out the President.

“The Biden administration has again failed to meet its obligation to hold a federal oil lease sale, [which] is further proof that this administration isn’t serious about U.S. energy security. The President needs to reverse his anti-oil policies and unleash American energy production to protect U.S. consumers and return our nation to a position where we can sell energy to our friends and allies instead of importing it from adversaries like Russia.”

That's from a joint statement signed by the gaggle of governors. There's a strong argument that the Biden administration's aggressive anti-oil stance sure hasn't encouraged... 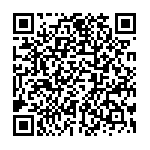