Prominent actors spearhead shows throughout the month, including Andrew Garfield in Under The Banner Of Heaven and Julia Roberts in Gaslit

Get ready for yet another barrage of your favorite film stars reigning over the small screen. April comes packed with new TV led by some big names, kicking off with Gary Oldman in Apple TV+ drama Slow Horses, and Ken Watanabe and Ansel Elgort in HBO Max’s Tokyo Vice (with a pilot directed by none other than Michael Mann).

As the month continues, Showtime and Apple TV+ also soar with exciting slates: Showtime launches anthology drama The First Lady starring Viola Davis, Gillian Anderson, and Michelle Pfeiffer, stepping into the shoes of former first ladies Michelle Obama, Eleanor Roosevelt, and Betty Ford, respectively. The cabler also adds its adaptation of The Man Who Fell To Earth and Vanessa Bayer’s I Love That For You to its lineup. Apple TV+’s Roar tells eight feminist stories led by Nicole Kidman, Cynthia Erivo, and Issa Rae, among others. Additionally, the streamer debuts a four-part Magic Johnson docuseries and Shining Girls, a metaphysical thriller with Elisabeth Moss.

Other anticipated shows include Paramount+’s The Offer, about the making of The Godfather (we love to get meta), and Andrew Garfield swings onto his next adventure as a detective in FX murder mystery Under The Banner Of Heaven. Rest easy on the returning TV front, because the highly anticipated new seasons for Better Call Saul, Russian Doll, and Barry finally commence. 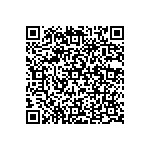