The First EsportsFi Champion Was Born; Era7: Game of Truth Opens A New Chapter of The EsportsFi Ecosystem

Singapore--(Newsfile Corp. - October 2, 2022) - The champion of Web3's first light tournament, Era7 "World Cup Tournament" (WCT) Season1, was finally revealed on October 1 at 15:00 UTC. After a multi-day battle, SantosBrat from Russia was crowned the winner of the $15,000 and digital asset airdrop prize. RocketMoneyH from Brazil and SemestaNami from Indonesia took second and third place respectively.

Tens of thousands of players from 30 countries joined the first season of Era7's official tournament WCT. Of these, 1296 players qualified for the Play-In stage and 128 players advanced to the knockout & final stage. The total prize pool for the tournament was $130,000.

WCT received over a million views online, live streams and external video media distribution. The tournament process generated a lot of hot famous scenes such as speed pushing, baiting the enemy deep, and extreme counter-kill, which made the spectators enjoyable and the highly popular star players and clubs gained high attention at the same time.

Era7, the world's original three-minute competitive element, is a TCG type game combining Esportsfi and NFT features. By collecting, forming decks, fighting and acquiring steps in the game, players can not only easily get the fun of TCG games in just three minutes, but also earn competitive rewards. Six months after the official launch of the project, Era7 has been ranked among the top projects of BNB Chain through the game's good long-term competitive attributes and deep strategy and playability. It has attracted the attention of many TCG fans and cultivated players' love for competitive elements and daily gaming habits, and the initial PVP competitive ecology within the game has been formed. In the future, Era7 will launch the operation mode with global exclusive competitive ecology, create the brand positioning of "web3 first innovative light competitive long term tournament", shape the unique value of the project in the field of Web3, and fully promote the ecological construction of Esportsfi.

On September 23rd, Element, the world's first multi-chain aggregated NFT marketplace, announced a strategic partnership with Era7 to help sustain the "Era7 WCT": the first Web3 global light-competition event. According to the current plan, Era7 WCT will be held 6-8 seasons per year, with non-stop launch every two months, and the prize amount will be clearly arranged in the token launch plan and BUSD prize pool setting. The total prize pool is estimated to reach more than $5 million by 2023.

Era7 is capturing the potential 1 billion TCG fans with a three-minute speedy game experience, rich card selection, diverse game strategies and high prize money. In traditional TCG games, players optimize their decks by purchasing card packs, and the circulation of cards is reflected in the fair recognized value and number of issues among players, while in Era7, players can also continuously optimize their decks by acquiring resources, while the value of each card can be fully reflected in the game's actual battle and marketplace, and the transactions among players become convenient and The value of each card is fully reflected in the game's actual battle and trade market, and the trade between players becomes convenient and safe.

WCT is the world's first light competitive tournament for TCG games in the web3 field, which is also very attractive to the traditional game users of web2. The unique attribute of combining blockchain technology with TCG game makes the number of users that can be reached by this product has great imagination. Through the high attention and long-running tournaments, the incentive policy of high prize pools, players' motivation is fully mobilized, and it also allows players to further focus on competitive tournaments from the simple act of playing and earning, refer to the deck selection of more excellent players, and gradually transfer from the simple return of in-game asset rewards to the competition channel of more cash rewards, so that the in-game card series and double tokens can be fully consumed and use, not only ensuring sufficient liquidity on the game ecology, but also allowing the overall economy to cycle effectively.

In the traditional eSports prize pool establishment, most games have adopted the player crowdfunding model, through the sale of virtual goods to raise money from players to form the prize pool of the event, this model can fully mobilize the purchase intention of players, but there is also a certain degree of uncertainty, may be subject to the difference in the popularity of virtual goods, resulting in the amount of money raised fluctuates significantly, not easy to maintain the stability of the event. In Era7, a new channel of cash rewards for competitive events, mainly WCT, has been opened, and the prize pool for participants is not only determined by the number of rewards through digital asset placement, but also the BUSD prize pool and various sponsorship resources raised by the event to continuously enrich the prize pool, ensuring the continuous stability of the prize pool and supplementing the revenue channels for players, so that all participants can have a clear idea of the rewards they may obtain and will be motivated to play.

This emerging tournament has gained recognition within the industry. Era7's another main strategic partner, Fundamental Labs is a leading Web3 and crypto venture capital firm focusing exclusively on accelerating fundamental innovations, mass adoption of blockchain tech, and creating value for a better digital society. While in the field of GameFi, it was the innovation of Era7's continuous EsportsFi Ecosystem that took their fancy,

Meanwhile, as The CTH Group's diamond level strategic partner, Era7 will participate in one of the main Web3 conferences of the year, MiamiWeb3 held by The CTH Group and the City of Miami.Era7 and Fundamental Labs will work closely and work on building a sustainable GameF Ecosystem.

The journey of "Era7 World Cup Tournament" Season2 is about to start, which also means that Era7 will join hands with various crucial partners to open a new chapter of long term tournament and Esportsfi ecosystem construction.

To view the source version of this press release, please visit https://www.newsfilecorp.com/release/139187

Original Source of the original story >> The First EsportsFi Champion Was Born; Era7: Game of Truth Opens A New Chapter of The EsportsFi Ecosystem 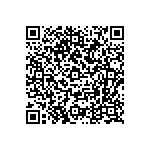