Melbourne, Australia--(Newsfile Corp. - November 11, 2022) - Mayfair 101 founder James Mawhinney has issued proceedings against the lender who sold his family home after he took out a second mortgage on the property to defend proceedings initiated by the Australian Securities and Investments Commission.

Lawyers acting for Mr Mawhinney and his fiancée Brigette Panetta have jointly issued proceedings in the Supreme Court of Victoria against Adelaide-based financier CEG Direct Securities, and their former neighbour, Rachel Willson.

The statement of claim alleges the unlawful possession by CEG and Mrs Willson of personal items belonging to Mr Mawhinney and Ms Panetta, following the forced sale of their family home in Park Orchards, Melbourne, by CEG in April 2021.

The claim alleges CEG sold the four-bedroom home for $1 million less than its market value, and that CEG did not take reasonable steps to obtain the best price for the land, including that it did not advertise the property.

The sale was to Mr Mawhinney's neighbour and former friend - Rachel Willson - who also purported to buy the majority of items belonging to Mr Mawhinney and Ms Panetta from the house, in an unauthorised side-deal with CEG arranged with her husband, Paul Willson. To legitimise the transaction CEG raised an invoice made out to Ms Willson for $25,000 that stated "Contents of 73 McIntyres Rd, Park orchards, VIC excluding - gym equipment, piano, and BMW", however CEG allegedly did not have a right to deal in any of the items as the mortgage had already been discharged by the sale proceeds.

The statement of claim lists items taken from Mr Mawhinney's and Ms Panetta's home by CEG in February 2021, such as a BMW that belonged to Australian Income Solutions, a Mayfair entity which was not a party to the mortgage. The vehicle was subsequently identified as being re-registered in South Australia and still has not been returned by CEG after more than eighteen months.

Mr Mawhinney's personal baby grand piano that he has owned since childhood was also taken along with Ms Panetta's furniture and various sentimental personal items. An entire home gym is also in dispute.

The claim states that the mortgagee sale of the Park Orchards home settled the outstanding debt to CEG and produced a $92,000 surplus, so there was no need to take or sell other items.

"As new parents we were shattered to find that not only had our family home been sold without notice when we were away working in Mission Beach, but our former friends were the buyer," said Mr Mawhinney.

"The Willsons have gone on living in our old home with almost all our belongings, including items from our daughter's bedroom.

"I was prepared to put my family home on the line with a second mortgage, to fight for our investors - this is how strongly I believe in our cases. I will continue to do everything in my power to expose those who have taken advantage of Mayfair 101's investors, and my family."

The Mayfair 101 Group is a privately held investment group that identifies, initiates and nurtures compelling business opportunities at scale. Their mission is to activate remarkable opportunities that have a strong social component and leverage the Group's resources in order to create win-win outcomes for investors.

To view the source version of this press release, please visit https://www.newsfilecorp.com/release/144001 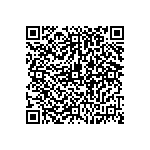