New York, New York--(Newsfile Corp. - November 21, 2022) - Faruqi & Faruqi, LLP, a leading national securities law firm, is investigating potential claims against Twitter, Inc. ("Twitter" or the "Company") (NYSE: TWTR) and reminds investors of the December 12, 2022 deadline to seek the role of lead plaintiff in a federal securities class action that has been filed against the Company.

As detailed below, the lawsuit focuses on whether the Company and its executives violated federal securities laws by making false and/or misleading statements and/or failing to disclose that: (1) Musk was not entitled to due diligence under the Merger Agreement and had in fact waived due diligence; (2) Musk was well aware of the problem of bots and spam on Twitter's platform and had vowed to eliminate the bots after the acquired Twitter; (3) there were no legally justifiable reasons for Musk to terminate the Merger; (4) Musk was issuing false statements and unjustified terminations of the Merger in order to drive Twitter's stock price down so that Musk could attempt to negotiate a reduction in the Merger price; (5) there was no MAE; (6) Musk was trying to delay the Merger in the hope that the price of Tesla stock would rebound before he had to sell more of it to fund the Merger price; and (9) as a result, Defendant's public statements were materially false and misleading at all relevant times.

The complaint alleges that Musk's statements were false because Musk was not entitled to due diligence and had in fact waived due diligence; Musk was well aware of the problem of bots and spam on Twitter, and there were no legally justifiable reasons for Musk to terminate the Merger.

On October 4, 2022, less than two weeks before he was set to go to trial in Delaware over the merger, Musk stated he would proceed with the Twitter buyout at the original $54.20 price, abandoning his prior positions and capitulating to Twitter. The announcement shocked the stock market and caused Twitter's stock price to increase by 22%. Twitter stock and bondholders who sold their Twitter securities earlier in the year based on Musk's false statements were damaged by selling at prices artificially depressed by Musk's false statements.

Faruqi & Faruqi, LLP also encourages anyone with information regarding Twitter's conduct to contact the firm, including whistleblowers, former employees, shareholders and others.

To view the source version of this press release, please visit https://www.newsfilecorp.com/release/145166 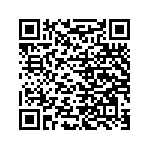