Smart Regulations Are Key for the Future of Crypto

Smart Regulations Are Key for the Future of Crypto

Blockchain assets, from Cryptocurrencies to NFTs, have seemed to be a source of great pain when it has come to regulators. Despite early innovators jumping on the decentralized system, governments and regulators have been slow on the uptake when it has come to finding a way to tame the more lawless parts of coin and token trading without clamping down on the more central established elements of the industry.

According to a recent report from the Brookings Institute, the government finds itself stuck between those two exact issues. The Administration has pledged a two-pronged approach, including supporting the development of Cryptocurrencies while restricting illegal uses of the decentralized coins.

Cryptocurrencies and NFTs are part of a new wave of financial innovation that is impossible to ignore and could potentially create a wave of benefits and opportunities. Regulationsmust help legitimize the industry by working with the industry to distinguish between genuine cryptocurrencies and NFT traders and those that seek to use the newly created system to cause harm.

Regulation must walk a fine line between regulating the industry without over-regulating at the same time.

A Central Bank digital currency, or a CBDC, is a halfway point between a fully decentralized cryptocurrency and a regular currency issued by the U.S Central Bank. This would essentially create a new cryptocurrency, but one that is controlled by the federal reserve and centralized. The currencies would also be managed and regulated by the central banks, as opposed to blockchain-based currencies which are decentralized.

The CBDC would compete directly with established stablecoins, like Bitcoin, which would mitigate some of the issues associated with the industry. A centralized coin would, ideally, be able to offer similar benefits as regular cryptocurrencies such as fast transactions and increased innovation, while also mitigating some of the risks associated with the more roguish elements of cryptocurrencies, like short-term meme coins.

State and Federal law agencieshave already begun trying to police the cryptocurrency and NFT sphere by using a variety of methods including sanctions and ransom reclamation to targetthe usage of cryptocurrencies in criminal enterprises.

In 2021.Colonial Pipelines were targeted by hackers, the company paid a ransom of75 bitcoins, butthe FBI was able to recoup almost 85% of the ransom amount.The reclamation was a clear sign that the agency was taking serious measures to stop extortionists from using cryptocurrencies. Despite being a relatively new technology, Bitcoin already accounted for 98% of ransomware payments in 2019.

2021 also saw the treasury department launch sanctions against, a Russia-based crypto platform, Suex. According to the findings of the Treasury Department, the platform contained large amounts of transactions connected with criminal activity with over 40% of the transactions on the platform.

However, authorities have noted that arrests are highly unlikely as most crypto thefts are more difficult to track once the funds disappear into areas that aren’t as transparent, such as Iran and North Korea. As tracingis difficult to execute, especially when the transfers occur almost instantaneously and across multiple countries, it is extremely difficult for countries to rely on law enforcement to trace the money to its endpoint.

The United States currently stands at a critical crossroads. The cryptocurrency sphere has been able to grow with almost no regulations, it appears that the need for regulating the industry exists, but over-regulation is not the solution.

The lack of a regulated industry means that law enforcement struggled to catch criminals. Smartly regulating the industry will be key in helping provide the authorities with the tools to tackle the criminal elements existing on the platforms, without trampling on investors’ rights and destroying legitimate ventures.

The introduction of common-sense regulation also makes sense for the consumers as well, as the regulation will ideally make the cryptocurrency world a more stable and secure space without needing to worry about the entanglements of unstable coins, or rogue wallets, which have been a concern in the past. 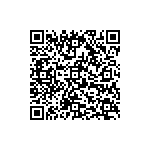