New York, New York--(Newsfile Corp. - January 4, 2023) - Faruqi & Faruqi, LLP, a leading national securities law firm, is investigating potential claims against Core Scientific Inc. ("Core Scientific" or the "Company") (NASDAQ: CORZ) and reminds investors of the January 13, 2023 deadline to seek the role of lead plaintiff in a federal securities class action that has been filed against the Company.

As detailed below, the lawsuit focuses on whether the Company and its executives violated federal securities laws by making false and/or misleading statements and/or failing to disclose that: (1) due in part to the expiration of a favorable pricing agreement, the Company was experiencing increasing power costs; (2) the Company's largest customer, Gryphon, lacked the financial resources to purchase the necessary miner rigs for Core Scientific to host; (3) the Company was not providing hosting services to Celsius as required by their contract; (4) the Company had implemented an improper surcharge to pass through power costs to Celsius; (5) that, as a result of the foregoing alleged breaches of contract, the Company was reasonably likely to incur liability to defend itself against Celsius; (6) as a result of the foregoing, the Company's profitability would be adversely impacted; (7) as a result, there was likely substantial doubt as to the Company's ability to continue as a going concern; and (8) as a result, Defendants' statements about its business, operations, and prospects were materially false and misleading and/or lacked reasonable basis at all relevant times.

On March 3, 2022, Culper Research published a report about Core Scientific alleging, among other things, that the Company had overstated its profitability and that the Company's largest customer lacked the financial resources to deliver the rigs pursuant to its contract.

On September 28, 2022, Celsius Network LLC and related entities filed a motion to enforce the automatic stay and for civil contempt in bankruptcy proceedings alleging that Core Scientific "has knowingly and repeatedly violated the automatic stay provisions" by refusing to perform its contractual obligations, threatening to terminate the companies' agreement, and adding improper surcharges.

On October 27, 2022, before the market opened, Core Scientific disclosed that "given the uncertainty regarding the Company's financial condition, substantial doubt exists about the Company's ability to continue as a going concern," and that it is exploring alternatives to its capital structure. Moreover, the Company held 24 bitcoins, compared to 1,051 bitcoins as of September 30, 2022.

Faruqi & Faruqi, LLP also encourages anyone with information regarding Core Scientific's conduct to contact the firm, including whistleblowers, former employees, shareholders and others.

To view the source version of this press release, please visit https://www.newsfilecorp.com/release/150302 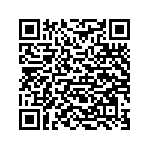