New York, New York--(Newsfile Corp. - January 4, 2023) - Faruqi & Faruqi, LLP, a leading national securities law firm, is investigating potential claims against Iris Energy Limited ("Iris Energy" or the "Company") (NASDAQ: IREN) and reminds investors of the February 13, 2023 deadline to seek the role of lead plaintiff in a federal securities class action that has been filed against the Company.

If you suffered losses exceeding $100,000 investing in (a) Iris ordinary shares pursuant and/or traceable to the Offering Documents (defined below) issued in connection with the Company's initial public offering conducted on or about November 17, 2021 (the "IPO" or "Offering"); and/or (b) Iris securities between November 17, 2021 and November 1, 2022, both dates inclusive (the "Class Period") and would like to discuss your legal rights, call Faruqi & Faruqi partner Josh Wilson directly at 877-247-4292 or 212-983-9330 (Ext. 1310). You may also click here for additional information: www.faruqilaw.com/IREN.

Iris's Bitcoin mining operations purportedly generate revenue by earning Bitcoin through a combination of block rewards and transaction fees from the operation of specialized computing equipment called "miners" or "Bitcoin miners" and exchanging these Bitcoin for fiat currencies such as U.S. dollars or Canadian dollars on a daily basis.

On October 25, 2021, Iris filed a registration statement on Form F-1 with the U.S. Securities and Exchange Commission ("SEC") in connection with the IPO, which, after several amendments, was declared effective by the SEC on November 16, 2021 (the "Registration Statement").

On or about November 17, 2021, Iris conducted the IPO, issuing approximately 8.27 million of its ordinary shares to the public at the Offering price of $28 per ordinary share for approximate proceeds to the Company of $215 million, before expenses, and after applicable underwriting discounts and commissions.

The Complaint alleges that the Offering Documents were negligently prepared and, as a result, contained untrue statements of material fact or omitted to state other facts necessary to make the statements made not misleading and were not prepared in accordance with the rules and regulations governing their preparation. Additionally, throughout the Class Period, Defendants made materially false and misleading statements regarding the Company's business, operations, and prospects. Specifically, the Offering Documents and Defendants made false and/or misleading statements and/or failed to disclose that: (i) certain of Iris's Bitcoin miners, owned through its Non-Recourse SPVs, were unlikely to produce sufficient cash flow to service their respective debt financing obligations; (ii) accordingly, Iris's use of equipment financing agreements to procure Bitcoin miners was not as sustainable as Defendants had represented; (iii) the foregoing was likely to have a material negative impact on the Company's business, operations, and financial condition; and (iv) as a result, the Offering Documents and Defendants' public statements throughout the Class Period were materially false and/or misleading and failed to state information required to be stated therein.

On November 2, 2022, Iris issued a press release disclosing, among other things, that "[c]ertain equipment (i.e., Bitcoin miners) owned by [Non-Recourse SPV 2 and Non-Recourse SPV 3] currently produce insufficient cash flow to service their respective debt financing obligations and have a current market value well below the principal amount of the relevant loans" and that "[r]estructuring discussions with the lender remain ongoing."

As of the time the Complaint was filed, Iris's ordinary shares continue to trade significantly below the $28 per share Offering price, damaging investors.

Faruqi & Faruqi, LLP also encourages anyone with information regarding Iris Energy's conduct to contact the firm, including whistleblowers, former employees, shareholders and others.

To view the source version of this press release, please visit https://www.newsfilecorp.com/release/150311 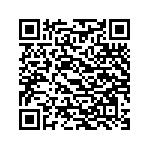