On January 18th, Honghua Group (the Company) entered into a Subscription Agreement with Dongfang Investment, a wholly-owned subsidiary of Dongfang Electric Group

The investment with real money not only demonstrates Dongfang Electric’s determination and confidence in supporting Honghua Group’s business development, but also revitalizes Honghua Group’s various businesses and significantly optimizes the company’s fundamentals. As of mid-2022, Honghua Group’s interest-bearing liabilities were about 5 billion yuan, and the oil service business and offshore wind power business occupied a high amount of working capital due to their long DSO (days sales outstanding). Due to the lack of liquidity, Honghua Group’s capacity to undertake orders during the peak season of the industry was limited. The equity financing of about RMB 1 billion will significantly alleviate the liquidity shortage of Honghua Group, help the company to take more orders in oil service and offshore wind power business, and improve the company’s performance to potentially meet the expectations in 2023. The analysis by Morgan Stanley’s indicates that the high oil price level is expected to drive the capital expenditure of oil and gas companies high, and the global oil service industry tend to improve and prosper in 2023. In just two months from October to November 2022, Honghua won an oil drilling rig purchase contract with an amount of more than 835 million yuan (678 million yuan was newly signed in 2021). The newly signed order in oil service business is expected to bring Honghua Group to a turning point in 2023. In the meantime, the company’s offshore wind power business will also benefit from the recovery of industry in 2023. Wang Peng, fund manager under Manulife Teda pointed out that the offshore wind power rig installation runs by a bidding system, with 4-5 GW installed in 2022, but 15 GW were tendered, which can theoretically double the growth in 2023 (triple of the original growth), which means the industry will be entering a boom period.

Looking ahead, with more support measures for Honghua Group by Dongfang Electric and the recovery of industry overall, the Company is expected to face a vital turning point in the fundamentals in 2023. Honghua Group’s market value was up to HK $10 billion in the past, which has attracted much attention from institutional investors, and the median of its past market values lies in HK $3-5 billion. As the business performance of the Company is about to get reversed, the valuation will be probably repaired. Honghua Group, then, will meet the standards of Hong Kong Stock Connect and draw more early attention from institutions. The stock liquidity will be enhanced and potentially the Davis double play will be achieved. 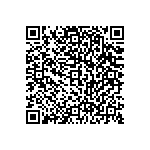 The Fed vs. The World