The Metaphysical Feminist says "Women Should Stop Fighting For Equality"

Christine Agro, The Metaphysical Feminist, sees a new way of being empowered women. She says stop fighting for equality and instead recognize our innate power.

Christine Agro, The Metaphysical Feminist, sees a new way of being empowered women. It shifts our focus from fighting for equality to recognizing that we have an innate power.

Christine says "It's a conscious perception shift - when we embrace our feminine uniqueness, and see how much power we have inherently, we move from fighting to prove something, to simply claiming what is rightfully ours. The energy is completely different." Christine goes on to explain that what women experience are symptoms of dis-empowerment; information, concepts, rules and religious constructs that tell women who they are supposed to be, what they can have and what is acceptable. All of these mandates are man-made. They in no way reflect the true power or true voice of a woman. It was the women in Saudi-Arabia fighting for the right to drive that got Christine thinking. "It is culture, law and religion that establishes this definition of women. There is nothing physical, emotional, mental or even Spiritual - nothing innate to being a woman that makes a woman unable to drive. And this is just one example." says Christine.

After working with thousands of women over the course of 12 years, Christine has identified that if women can embrace the Feminine Principle, an energy construct that is comprised of grace, flow, intuition, ease and abundance; they become fully empowered and from this place can then create and effect change within the current energy construct of the Masculine Principle. Christine explains that the Masculine Principle is the energy construct that has informed our lives for centuries. The energy itself is linear, analytical, controlling and fear based. It is the energy that so much of humanity is fighting against right now. But without an alternative, the rebellion is happening within the Masculine Principle and change will be minimal. Instead, Christine insists that if women learn to live as fully empowered women from the place of the Feminine Principle, true change - both internally and externally is possible.

Christine has launched several initiatives to help women both understand and embrace these concepts.

Symptoms of Dis-Empowerment: Christine has created and is curating a project called Symptoms of Dis-empowerment. She is inviting women around the world to share what they see as symptoms of female dis-empowerment. She is inviting all women to participate in this project. She believes that we each experience dis-empowerment differently based on our culture, society, and religion, but the common thread is that what we experience is a symptom of dis-empowerment, it is what causes women to be separated from their true inner source of personal power. Christine is asking women to send scanned images, photos, videos, true stories, the written word - contributions can come in any form. The project will begin as a blog and then Christine will select from all the contributions and curate shows for locations around the world. A few posts are already available: one by DeAnna L'am, Founder of Red Moon School of Empowerment for Women & Girls™ entitled "As I Was Shopping For A Bra..." and one by Divya Chandra, New Dehli, India based Director, Film Maker and Play-write entitled "Love and a Diamond Ring" Find out more about Symptoms of Dis-Empowerment by visiting www.symptomsofdisempowerment.com

Journey of a Thousand Women: Two years ago - while Christine was meditating she 'heard' the phrase "Journey of a Thousand Women". She has 'heard' messages in this way before and they always entail some form of major shift or extremely important piece of information. Christine was immediately excited about the idea of working with a thousand women to create change in their lives and she was also equally aware of the ripple effect that would happen by having one thousand women change their own realities. The only problem was, she couldn't figure out just what the program was. Over the past two years, the information has been coming to Christine and as she completed the manuscript for a book entitled "I Am Woman, Fully Empowered: The Women's Evolution From The World We Know To The World We Want," she realized that the structure of the program was contained within the book. The book is broken into sections: Reweave, Reclaim, Reconnect, Reactivate and it takes women on a journey through reengaging the Feminine Principle both internally and externally. The program, Journey of A Thousand Women will take women on this experiential journey moving through 42 classes over 52 weeks and with Christine, an inspirational teacher, at the helm it is going to be an amazing process. Participants from all over the world in the year-long program will meet via teleconference, webinar and create a community on Christine's membership only social network site for women, FEMSocial. In addition to working individually and internally, the group will work together as a whole and in smaller groups to collaboratively choose ways to help support women around the world. The program starts February 22, 2012, but Christine is encouraging participants to sign up now as their membership in FEMSocial will extend for the duration of the program. Find out more about Journey of a Thousand Woman at www.journeyofathousandwoman.com


FEMSocial: FEMSocial is the first Membership driven social network for women that also offers an opportunity to take classes which support learning, healing and growing. In addition to being a social newtork for like-minded women to grow, create and embrace a new way of living as Spirit in a Female body, FEMSocial has many opportunities to connect, learn and have fun: from FEMTalks and FEMWorkshops to groups like Mudra Magic, BREATH! and FEMThink. In Mudra Magic Christine shares her knowledge of the ancient art of hand mudras; in BREATHE! Christine explores the ancient art of Pranayama - or breath work; and in FEMThink Christine leads members in a think tank to discuss a monthly topic that is relevant to the lives of women such as "Do you say what you need to say?" FEMSocial is an ever evolving and expanding group of dynamic women, with new groups and opportunities being added regularly. Find out more about www.FEMSocial.com

FEMTalk Series: Christine has also launched the monthly FEMTalk Series during which she speaks both locally in Poughkeepsie, NY and via live streaming web sharing the insight she has gained as The Metaphysical Feminist. Each talk focuses on one topic. Upcoming Talks include: The Women's Evolution- A Metaphysical Exploration Through Our Evolution as Women. (Dec 13, 2011); and Symptoms of Our Dis-Empowerment (Jan 17, 2012). Talks begin at 7:30 pm ET and are $10 or $15 to bring a friend. Participants can attend in person in Poughkeepsie, NY or via live streaming web. Find out more about FEMTalk Series by visiting www.FEMTalkSeries.com

After 12 years of working with women and watching them step into full empowerment "I am beyond excited to be launching these projects and gaining new opportunities to work with and connect with even more women around the world. Check back with me in a year to see what happens when one thousand women work together to change the energy of the world!" says Christine.

Using her unique approach that combines her clairvoyance and her degree in Naturopathy, Christine provides clients with a truly holistic overview of their health, wellness, well-being and their Spiritual journey. Praised by grateful women, parents, and celebrity clients across the globe for her intuitive and extraordinary gifts as a healer, she has been hailed as “magical”, “transformational” and “inspiring.”

Christine has been featured in The New York Times, and dubbed 'a gift to moms' by Real Savvy Moms an award winning website for the former PBS syndicated TV show. She has been interviewed on radio shows around the world, quoted in health and consumer magazines and e-zines nationwide. She has written for Gaiam Life, contributed to Messages From Spirit by Colette Baron-Reid (Hay House 2008) and is the founder of FEMTalks Series, a monthly talk that streams live to women around the world, FEMSocial, a social network for women designed to help women step into and live in the Feminine Principle and is the curator of Symptoms of Dis-Empowerment - an on-line project to shed light on the ideas, concepts, laws and structures that we accept, oftentimes unconsciously as acceptable.

Find out more about Christine Agro at www.christineagro.com

Christine Agro is available for interviews via telephone as well as in person in the New York city area. 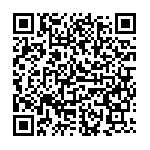 Christine Churchill Explains the Importance of a Good Customer Experience