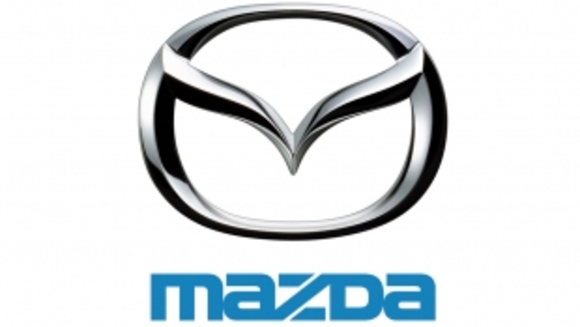 While other automakers have turned to alternative powertrains like hybrids to increase their fuel economy in recent years, Mazda has stayed focused on making its gas-only models more efficient, and the latest findings from the EPA suggest that approach is paying dividends. Released this month, the government agency's annual "Light Duty Fuel Economy Trends" report features final 2012-model-year data showing that Mazda not only leads all automakers with a fleet-wide adjusted fuel economy of 27.1 mpg, but it boasts the lowest CO2 emissions as well at 328 grams per mile.

The EPA's new report also reveals that Mazda experienced the second-largest adjusted fuel economy increase of the 11 automakers evaluated, rising 2.1 mpg from the 2011 model year. Not coincidentally, the brand's new fuel-saving SKYACTIV technology debuted for the 2012 model year in its best-selling Mazda3. Several other Japanese automakers followed behind Mazda in the EPA report, with Honda and Toyota boosted by their hybrid offerings and Subaru and Nissan rounding out the top six. American automakers were relegated to the bottom of the list, due in no small part to the number of pickup trucks and large SUVs in their lineups.

"Though Mazda doesn't currently offer any hybrid or electric vehicles, its suite of SKYACTIV technologies has pushed fuel consumption way down on all of its redesigned models that have come out during the past two years," said Greg Ryland, general manager of Russel Mazda, a Baltimore Mazda dealership. "By optimizing its gas powertrains, Mazda can cut development costs and focus on improving its existing models while owners reap the benefits at the gas pump."

Mazda's most impressive gas mileage comes from the 2014 Mazda6 and Mazda3 equipped with the i-ELOOP brake energy regeneration system, which helps the models return up to 40 mpg and 41 mpg on the highway, respectively. SKYACTIV technology is also incorporated into their body structures, chassis, transmissions and engines. Another nameplate benefiting from Mazda's unified development strategy is the 2014 Mazda CX-5, which is currently the most fuel-efficient SUV on the market during highway driving.

About Russel Mazda:
A respected Baltimore, Maryland Mazda dealer for many years, Russel Mazda strives to provide nothing but the best Mazda buying experiences, one family at a time. Their wide inventory of new and pre-owned Mazda models is backed up with stellar customer service that is sincere, informative and hassle-free. Russel Mazda also provides top-notch automotive service performed by factory-trained and certified technicians with genuine Mazda parts. Browse their entire inventory online at www.russelmazda.com or in person at 6624 B Baltimore National Pike in Baltimore. They can also be contacted by phone at 866-851-5047 or found on Facebook at www.facebook.com/RusselMazda.