A decade after the death of Dr. Luther Adair, Sr., M.D., the Adair and Moore families gather to celebrate the legacy of a local pioneer in Radiology. 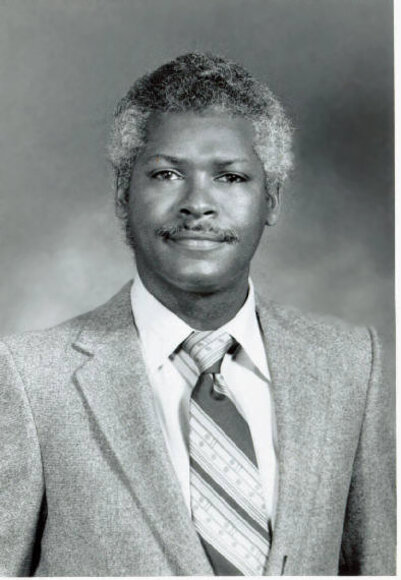 Luther Bert Adair, Sr, M.D. was born to Ella Mae Adair in Brooklyn, New York on February 25, 1944. Raised in a foster home, he spent his childhood and youth in Nyack, New York where he accepted Christ at an early age and became active and youth activities at Berea Seventh-day Adventist Church.

After receiving his high school diploma, he enrolled at State University of New York at Fredonia and, later, transferred to Howard University where he earned a Bachelor of Science degree in Zoology. He was accepted into Howard University School of Medicine in 1967, where he served as class president his junior and senior years. Dr. Adair also distinguished himself in the field of public health. He received the annual student award in community health practice from Howard University and a public health fellowship from the American Medical Association to study in Zagreb, Yugoslavia.

Dr. Adair would go on to serve as Chief Resident in radiology at Howard University under the mentorship of Dr. Harry Press, Chair of Radiology. He was an active member of the American Medical Association, the Southern Medical Association, the American College of Radiology, the Section on Radiology of the National Medical Association, and the Radiological Society of  North America. He became a Diplomat of the National Board of Examiners, earned board certification in radiology from the American Board of Radiology, and was licensed to practice in the District of Columbia, Maryland, Massachusetts, and Tennessee. In 1976, Dr. Adair entered a fellowship in neuroradiology at The Massachussetts General Hospital, a training hospital of Harvard Medical School, where he published several articles.

In 1979, at the age of 35, Dr. Adair accepted the position of Chairman of the Department of Radiology at Meharry Medical College. In addition to his administrative duties, he reorganized the Meharry Medical Practice Group, invested in the first CT Scanner at Meharry Hubbard Hospital, and founded Nashville Radiology Partners. He remained a mentor to students and Professor and Chair of the Department of Radiology until his health failed in 1988.

Interested in church and community, Dr. Adair was a member of Hillcrest Seventh-day Adventist Church. He served dutifully as an elder and a member of several committees. In 1988, under Dr. Adair’s leadership as Chair of the F.H. Jenkins Elementary School board, a new school was constructed and the curriculum expanded. Before Dr. Adair became ill, he was active in other civic groups, such as the NAACP and Omega Psi Phi Fraternity. He was a lifetime member of both organizations.


On Monday, April 4, 2005, Dr. Adair departed this life.  On Friday, April 3, 2015, the Adair and Moore families gathered to celebrate his life’s achievements and also announced a scholarship to Meharry Medical College in his name.