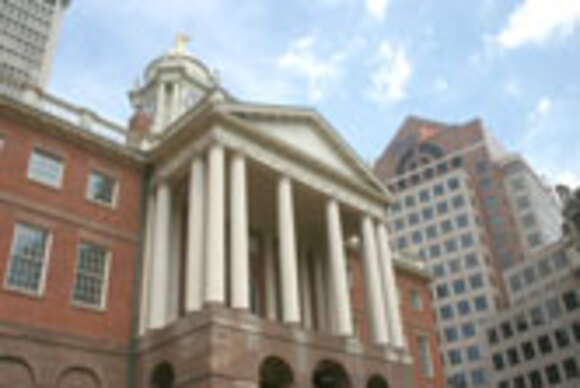 An ongoing effort by the Connecticut Trial Lawyers Association to transmit a variety of news items reflecting the importance and extent to which civil justice and the civil justice system enters our lives. Legislators this week received notice  the Obama Administration have called on state insurance regulators to consider a variety of factors before granting health insurer requests for rate increases, such as recent data showing healthier insurance consumers. Additional news items include a call by U.S. hospitals for an anti-trust probe of the Anthem-Cigna deal and the continuing probe of ALEC by the Center for Media and Democracy and an alarm by the Breast Cancer Fund oo findings regarding new occupational links and breast cancer. Finally, a study out of UC San Francisco that tax exempt hospitals, who are given huge tax breaks, may not be giving back very much to their communities in return.


Hoping to avoid another political uproar over the Affordable Care Act, the Obama administration is trying to persuade states to cut back big rate increases requested by many health insurance companies for 2016.

In calling for aggressive regulation of rates, federal officials are setting up a potential clash with insurers. Some carriers said they paid out more in claims than they collected in premiums last year, so they lost money on policies sold in the new public marketplaces. After finding that new customers were sicker than expected, some health plans have sought increases of 10 percent to 40 percent or more.

Administration officials have political and financial reasons for wanting to hold down premiums. Big rate increases could undermine public support for the health care law, provide ammunition to Republican critics of the measure and increase costs for some consumers and the federal government. Kevin J. Counihan, the chief executive of the federal insurance marketplace, is urging states to consider a range of factors before making their decisions.

In a letter to the Department of Justice, the hospital industry's largest lobbying group said combining the No. 1 and No. 5 health insurers threatens to reduce competition in 817 geographic markets serving 45 million consumers.
In many of those markets, the American Hospital Association said, there are no strong competitors to buy assets that Anthem or Cigna might want to sell to pass muster with federal authorities. State insurance regulators will also look at the deal.


ALEC, Where Corporations Are "People" Like You and Me


Unlike other political organizations of locally elected public officials, corporations, business associations, and think tanks are full voting ALEC members, referred to as the private-interest partners.

From talking to one private-interest member, the cost of joining ALEC is just over $1,000 but to vote in one of ALEC’s task forces that make policies, the cost goes above $3,000. I suspect that a higher contribution allows for greater participation: sort of a pay-to-play model. However, no fee schedule was available. I believe that a dozen corporations paid $50,000 a piece to just sponsor ALEC’s conference, and that another 42 paid at least $10,000 for that privilege (updated).

While I could not attend ALEC’s task force meetings where corporations vote, I saw how corporations participated in ACCE’s meeting. There were five private-sector representatives at the initial orientation meeting of 15 attendees: two represented tobacco interests, including one from RJ Reynolds Tobacco, two bail bond interests, and one from the Americans for Progressive Bag Alliance, the folks who fight plastic bag bans. Some weren’t actually from corporations but lawyers servicing those businesses. At no time did I count more than 7 private sector members at a meeting, and they were always out numbered two to one by the public sector members.

Report:  Cause for ‘alarm’ on possible work-related causes of breast cancer - Center for Public Integrity


A new summary of the science makes a strong case for occupational links to breast cancer and calls on Congress, regulators and researchers to pay more attention to chemical exposures and other risk factors.

“Working Women and Breast Cancer: The State of the Evidence,” is the product of more than two years of work overseen by the San Francisco-basedBreast Cancer Fund. A panel of experts reviewed scientific studies, most published in the past 25 years, and found ties between the disease and exposures to solvents; pesticides; tobacco smoke; ionizing radiation and other toxic materials. There also was an association with night shift work.


Tax-exempt hospitals spend just as much on charity care as for-profits, study finds


Nonprofit hospitals get billions of dollars in tax breaks every year, but a new study shows that they may not be giving back very much to communities in return, as intended by law.

The study, out of the University of California San Francisco, found that some tax-exempt hospitals are spending as much on free or subsidized care as their for-profit counterparts. The authors say that's because the criteria to have tax-exempt status is vague, specifically under the Affordable Care Act.