Readers can reserve their copy of the psychological YA thriller Masqueraded: Act One - today on Amazon.com 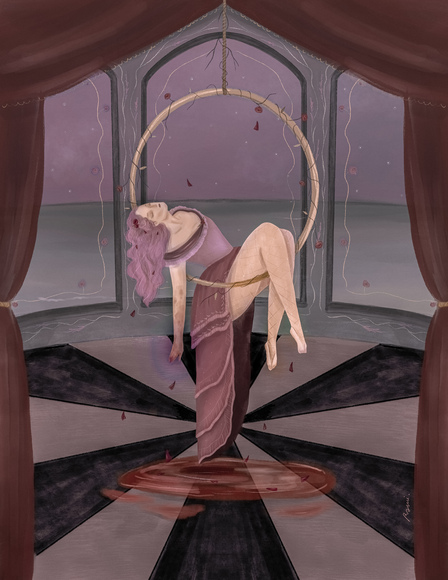 The first book in YA author Alexis Dees’ new trilogy is set to release this September in ebook format. The book, entitled Masqueraded: Act One, is a dark psychological thriller that centers on the spunky and independent 18-year-old girl, Estella Nannette Sinclair. Readers eager to get their hands on the introductory novel of the trilogy can reserve their copy of the novel at Amazon.com.

In Dees’ fictional universe, Estella is approaching her 18th birthday and looking forward to freedom from her abusive adopted parents by escaping to work at a circus. However, her dreams (or nightmares, rather) are haunted by a nefarious wraith known simply as “The Ringmaster.” And she will soon find out that her seemingly normal life was actually a facade--the reality is much darker and much more magical.

Masqueraded: Act One is a suspenseful tale that will have readers captivated from cover to cover. Featuring a spunky, strong female lead and dark magic, including teleportation, scrying, and telekinesis, the book is sure to transport you to a different, eerie dimension. But it also shines a light on real-world problems, like reconciling your own dark past, finding your place in the world, and navigating nuanced--sometimes painful--relationships.

Dees has been entrenched in the literary world since before she was even born--her mother taught English while she was pregnant with the future author. And Dees’ lifelong fascination with entertainers has inspired this project. Looking to turn expectations on their head, Dees transforms the world of circuses and carnivals--usually things associated with good clean fun--into a sinister and compelling setting for her novel.

Readers are sure to be surprised by the books’ ending, as Dees herself was surprised when writing it. The author promises readers that the novel will “pull the rug out from underneath you with how it pans out...It’s a ride filled with quite a few surprises.”

And though the ending will leave you wanting more, Dees promises readers won’t have to wait long for other new fantasy books from the new author. Acts Two and Three of the trilogy are in production already along with one stand-alone novel (that has an abandoned theme park as its setting) and two other series.

Readers excited to get their hands on this emotionally-charged YA thriller can place their preorder today through Amazon. When you pre-order with Amazon’s “1 Click” process, Masqueraded: Act One will automatically be delivered to your kindle or e-reading device on September 18, 2020.