This press release is about the new plan by the renowned entertainment company, Warner Bros. to release all their upcoming movies on HBO Max, the same day they will be released in theaters. 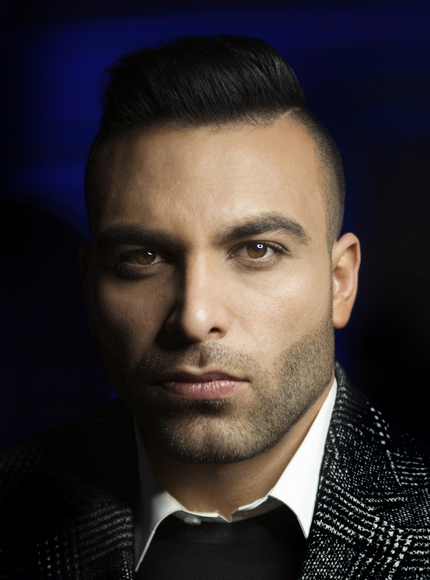 Hollywood was up in arms earlier this month when WarnerMedia announced a bold new theatrical release plan: Movies will premiere in theaters and on its streaming service, HBO Max, on the same day. That includes highly anticipated blockbusters like Dune, The Matrix 4, In the Heights, and Godzilla vs. Kong.

Businessman, producer, and Director Tarik Freitekh— who just released his first of two films for HBO —said that “somebody at Warner looked very dispassionately at what’s happening and refused to make rosy assumptions about what a vaccine means and the effect it will have on moviegoing in 2021.” But he added that, from a studio’s perspective, large-scale theatrical releases are “really not worth doing” if the venues aren’t able to fill to capacity.

“Blockbusters are not going away,” he said. “Anybody who thinks the studios have somehow lost faith in people going to the movies, no. When you make a movie that blows up at the box office, that’s just too lucrative to ever abandon. They would love to have movies in theaters now. They’re just trying to figure out what to do with these assets that are sitting on the shelf, getting stale.”

The movies Warner Bros. is planning to release for now include The Little Things, Judas and the Black Messiah, Tom & Jerry, Godzilla vs. Kong, Mortal Kombat, Those Who Wish Me Dead, The Conjuring: The Devil Made Me Do It, In The Heights, Space Jam: A New Legacy, The Suicide Squad, Reminiscence, Malignant, Dune, The Many Saints of Newark, King Richard, Cry Macho, and Matrix 4.

WarnerMedia’s move took the industry by surprise, setting off stars and directors who intended for their work to be seen on the big screen, along with financiers like Legendary Pictures who rely on those box-office returns. Chalamet’s implied support of the production company amid the debacle marks the most prominent instance of an actor chiming into the debate. A small number of affiliated filmmakers have done so explicitly, be it Warner Bros. stalwart Christopher Nolan or Villeneuve himself.

These titles could change depending on delays. All films will be released on HBO Max in 4K Ultra HD and HDR. The moves will also likely help WarnerMedia reach an agreement with Roku after months of fighting over a deal. WarnerMedia is also offering a limited deal, making HBO Max 22 percent cheaper for people who sign up for six months. The $69.99 price works out to just under $12 a month instead of $15.

Warner’s messaging isn’t subtle — it’s signalling to creators and the public that its 2021 strategy is a response to the COVID-19 pandemic rather than a sign of a long-term shift. The company has faced stiff opposition to its plan from Dune director Denis Villeneuve and Tenet’s Christopher Nolan, with Villeneuve claiming that Warner was trashing cinema in the name of propping up HBO Max. A 2023 movie slate won’t satisfy those creators in the short term, but it might keep them from dropping the studio.

This won’t be thrilling if you view same-day streaming as a chance for the movie industry to break away from an old formula and the grip of theater chains. With that said, Warner is also being somewhat optimistic about the state of theaters. Many theaters have been in danger or even closed as a result of the pandemic, and even AMC has warned it might run out of cash. Although it won’t be surprising if the theater business rebuilds by 2023, big-screen debuts might not be as important as they were before 2020.

Tarik Freitekh, on Building Bridges with the World Through Music
News