How YouTube Replaced Television Advertising and What it Means For Your Business?

This press release describes how social media advertising, especially YouTube, has replaced conventional television advertising and what impact it has on your business. 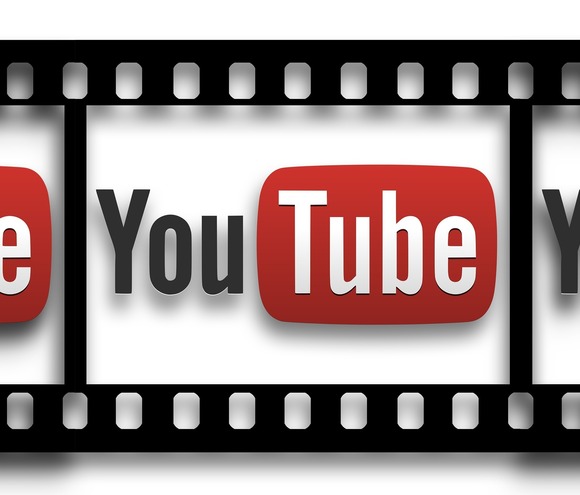 For decades Television had a monopoly of providing visual entertainment to the audience, but it was deprived of this status several years ago with the technological advances and emergence of social media. Now multiple social media platforms are sharing this status with TV and year by year popularity of Television broadcasting is decreasing further. However, one of the giants on the internet that can be solely responsible for diminishing the fame of TV is YouTube and we will be discussing its role here. YouTube as every other social media started slowly and modestly. But it managed to become an influential and independent platform.

Probably no one would anticipate this just a decade ago, but these days social media platforms became trendsetters and Television is just feeding with the ideas and innovations born on social media platforms. And YouTube is leading this game. There are so many parts of production that do not appear on Television but are still quality content worth seeing the light of the day. That’s when YouTube comes to the stage. It’s cheap, easily accessible for both content creators and the viewers, and it can reach millions of viewers in a split of a second. So YouTube became integrated with TV, now almost every popular TV show has a YouTube channel. This contributes to the rapid growth of popularity of these TV shows and their hosts and attracts the audience.

How TV lost its grip on its audience

Numerous tv shows have emerged from YouTube channels or being significantly influenced by it. Hence, it is not only a matter of influence but a matter of superiority, with YouTube having a clear advantage over the TV with its easy accessibility, universal reachability, and fast-growing audience. While TV represents the opposite of all of these above-mentioned qualities. Hence, it is not a surprise that Generation Z does not watch TVs anymore and are moving to social media platforms and YouTube instead. They prefer to watch videos in their own time on their own devices, and TV is not the best choice for that.

Another factor that contributed to the rapid growth of YouTube’s popularity was the increased accessibility of cameras on every device. This resulted in establishing YouTube as an independent platform because the variety of content published on YouTube started to rise and diversify. And finally, it reached the stage of being more original, engaging, and diverse than the content on TV. The fact that any individual can take a video and publish it on YouTube makes it significantly relatable to its audience compared to the well-disguised content on TV.

Among all the above mentioned YouTube has more privileges that unanimously put it ahead of Television:

How TV is still not dead?

A simple answer to this question would be that TV just learned how to adapt. When online-streaming became available on the devices connected to the internet, people started switching to their mobiles to watch the games of their favorite team. Watching online-streaming on your mobile can be convenient if you are commuting or are stuck in traffic, but to be honest, it is much better to watch your favorite team playing on the big screen. TV producers quickly realized that the only chance of survival for television was its adaptability to the modern-day challenges, and they started producing high-quality TV screens with in-built internet. Hence, people spending time at home would not need to use their mobiles to watch some content on the internet. Even though this demoted TV from one of the greatest innovations to the title of “just a screen”, it is still better than the complete demise.

One of the biggest achievements of social media platforms is their ability to acquire information about their users. What are you watching? How much time do you spend reading the post or looking at someone’s picture? What are you searching for? When are you surfing through the internet? etc. All of these personal data gives social media platforms unprecedented knowledge about our habits and desires, which makes it much easier for them to create personalized ads and send them to each consumer individually. Eventually, it will pop-up while you are scrolling Instagram or watching a video and grab your attention.

However, in the old days when TV was the most popular and desirable thing one could have at home, advertisements were more general. The companies did not have as detailed information about their consumers as they have today, and it’s not even surprising because of the lack of connection between consumers and their favorite companies in the past. Hence, televised advertisements were not as successful as ads are on social media these days.

The ads on social media are much more effective than TV has ever been with its programmatic approach, successfully targeted ads, and the vast amount of data acquired about the audience. On the other hand, advertising on TV has not gone through any significant changes throughout the years. The people working on the TV are still distant from the audience and do not have their fingers on the audience’s pulse. One still needs to contact the middleman to get his/her ad published on TV and whether it reaches your desired audience or not is still under the question.

Advertising on YouTube is much less expensive than airing a short commercial during a TV break. The reason for this is simple, TV has lots of sunk-costs starting from hiring a big production team to the maintenance costs. While in the case of YouTube, such kinds of costs are significantly lower. In addition, YouTube ads are more effective. When you are watching TV, you almost always hold a mobile phone in your hands. Hence, as soon as ads start appearing on TV screens, you divert attention to something else. This way TV advertisements are often left unnoticed.

While pre-roll ads on YouTube are almost impossible to be left unnoticed. First, they are very short, only lasting for a few seconds. Second, your attention is more focused when you are waiting for the start of the video you are interested in. On top of this, until you are able to press the Skip Ad button on YouTube, you have to watch at least 5 seconds of the ad which is not a lot but is still better than completely ignoring an ad on TV. Last but not least, one of the biggest advantages of YouTube advertising is that you are paying for ads per viewer, so if someone presses Skip Ad when the ad is running, you don’t have to pay for this. If the same strategy was adopted in the case of TV, people would actually save a lot of money.

Be Cognizant of Consequences

Despite all the pros and the cons listed above for each party, we are still responsible to warn you about the consequences of selecting YouTube advertisements for your business. It’s true that Generation Z has shifted away from the TV, but the older generation which also is a more affluent and wealthy audience is still an active user of TV. Hence, if you target older age groups, you should consider advertising on TV. Besides, if you produce universal content that can be appealing to all age groups, then you can diversify your portfolio and advertise on multiple platforms, like TV and Instagram, or TV and TikTok.

On top of this, as a responsible member of society, you should be aware of the consequences of the diminishing popularity of TV. Advertising on TV can actually be considered safer and less risky. The personal data that social media platforms collect in order to easily advertise certain products is not the case for TV. TV will not be able to collect such information from its users and hence is much safer in this regard than social media platforms.

TV was one of the biggest innovations of the 20th century. But as quick as its rise was to the most desired product of every household, so was its decline and shrinking to “just a big screen” title. Factors contributing to its demise are many, and we tried to discuss some of the most popular arguments for the decreasing relevance of TV and the rising success of its supplements who soon became its superiors. Probably one of the most famous platforms that successfully replaced TV is YouTube. It has all the features of TV and is significantly better at providing the service to its users. All the best qualities of YouTube can tumble down to its easy accessibility for both users and content creators, ability to be spread and disseminated on the internet quickly, and original content it offers to the audience. With all of these features, YouTube successfully became a trend-setter in the video market and will continue being a leading platform. 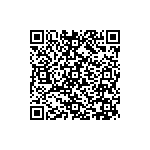