Oliver Morley, the ex DVLA CEO, tells a story about how he saved the lives of three lions in 2012. 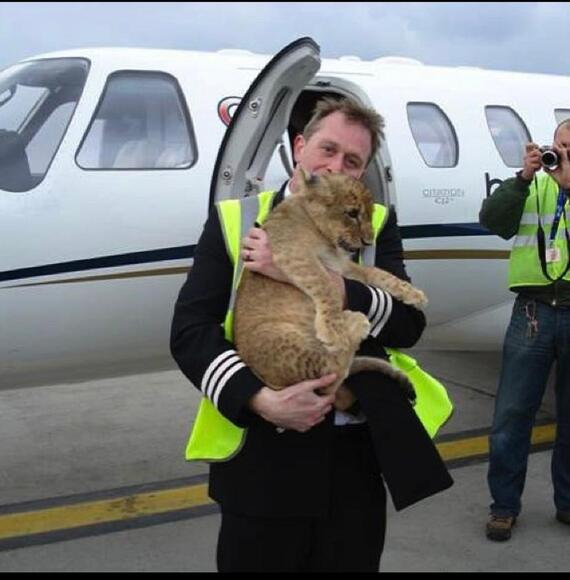 Oliver Morley, who has worked with animal welfare charities since 2012 to save three lions, has revealed the lengthy and difficult process behind saving them.

Morley smuggled two lion cubs on his plane from Romania, which landed in Bucharest, where he bribed a security guard to keep the lions a secret before taking them to Guernsey.

After arriving home in Guernsey, he took the lions to Gatwick and flew to Paris to save Brutus. Brutus was found crammed into a small cage, hardly big enough for breathing space. With Brutus in tow, he took all of the lions to a reserve in South Africa.

They were then put in a Shamwari reserve at Morley's expense for monitoring and so that they could be protected from poachers and other dangers.

Since the rescue mission, Oliver has opened a tiger sanctuary in Nepal with the aim to protect the future of tigers. As well as this sanctuary, he has been saving primates and big cats for over 12 years and works on defending Whales and Dolphins, donating over £1million along the way.

Morley is due to appear in Supreme Court today as he continues his battle with the Royal Bank of Scotland.

"It was such a shame to see these lions in an environment that was nowhere near fit for purpose. Looking back, we made some questionable decisions along the way, but I would absolutely make them again. It is heartbreaking to see these animals put through what they were, and I couldn't bear to stand and watch it go on for much longer."