Ascripting Publishes Ten Artists to Look Out For in 2021 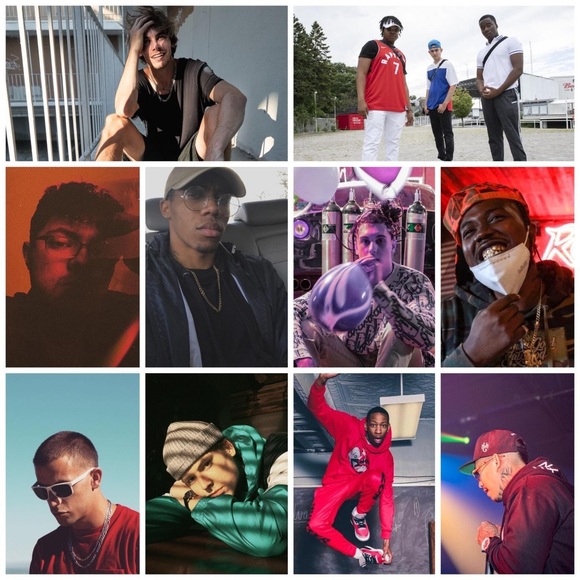 Prior to the social media boom of the last decade, it was difficult for musical artists to gain exposure, and just as difficult for listeners to find new artists to listen to. There is a plethora of musical talent that has either gone undiscovered, or has flown under the radar. With the extreme popularity of social platforms such as Instagram, TikTok, and YouTube, as well as music streaming platforms such as Spotify, Soundcloud, and Apple Music, it has become much easier for up-and-coming artists to quickly gain new listeners.

We have taken on the task of searching the internet to find ten artists that possess star potential, but have yet to hit the spotlight. These artists are from many different genres, places, and walks of life. Without further ado, here are ten artists to look out for in 2021!

Note: The following ten artists are listed in random order

From woozy lullabies to pop-punk power ballads, byesadboy is a music project that represents the transformation of a boy who always found himself to be the black sheep. The struggle to find his voice both musically and metaphorically created byesadboy. After years of drug abuse and living a rockstar lifestyle riddled with high highs and low lows, byesadboy realized he couldn't find himself at the bottom of a bottle. Byesadboy is a safe haven for anyone who's lost their way. byesadboy wants to show you that it's okay to be sad, depressed, lonely, or heartbroken... but it’s important to not allow those emotions take over. Through their music, they want you to realize that you're not alone. Look out for byesadboy's debut album 100% boy tears expected in late summer 2021.

Chosen by Simon Cowell as the Winners of Canadian Family's Got Talent, CZN is a singing trio based out of Toronto, Canada. The name CZN is an acronym for the members- Capital, Zosky, and Nova. The three come from different musical backgrounds, which creates an intriguing, unique mix. CZN has a sound that meshes RnB, Pop, and Rap genres all into one, with catchy hooks and verses that showcase more personal sounds. CZN is starting to grow a real following and has people eager for their new music. The group’s energetic yet poised stage presence leaves audiences always wanting more. They just released their 10th single titled “Dreams” - you can find it on all streaming platforms. Definitely keep an eye out for CZN in 2021!

Beginning his career independently at just 15 years old, it’s evident that Isaiah Medina is passionate about all genres of music; however, he is truly interested in RnB, soul, hip-hop, and dance. One of his strongest skills that he uses to create his music is the keys. Using keys has helped Isaiah propel into the music industry with a full head of steam, and since 2015, the young artist has been releasing many of his own original songs and remixes on Soundcloud. As Isaiah continues on this path, he sure isn't done showing the world his talent in creating unique sounds. From the very beginning till now, Isaiah still continues to thrive as an artist. He is constantly motivated and inspired to always find ways to help himself reach new milestones, especially after releasing his hit track "Say My Name" with popular artist Tory Lanez in October of 2020. The song achieved over 500,000 streams worldwide! At the present time, with Isaiah's upcoming album "Sincerely Yours" set to debut in late February 2021, he still continues to mold his creative technique in music. The drive he has to continuously create new music on a daily basis does not only come from the love he has for all music genres, but also the enthusiasm he has to give the listeners what they want to hear.

Denzel Lamont Harden is an American rapper, singer, songwriter, dancer, and entrepreneur. A creative figure in RnB music, Denzel is credited for his unique sound and his technical abilities behind the music. Denzel released his debut ep, Blue Hearts Only on Soundcloud as well as other major music platforms in 2020. He has already achieved over 500k plays on his RnB record Time Machine in 2021. As an entrepreneur, Denzel owns 30% of a tobacco company with longtime collaborators. He also runs a series of hookah lounges. Denzel Harden is definitely a talented artist to keep on your radar in 2021.

5. The Opposite Of Sad

Through an unapologetically raw set of wounding experiences paralleled by a defiantly open persona, Greek-born singer/songwriter, The Opposite Of Sad, has mined the emotional complexities that derive from manifesting both the highest of highs - and the lowest of lows into true art. Puncturing expectations one by one, Apollon Tomacic-Niaros has never relied on the misconceptions of normalcy with respect to his art. Using the impassioned spiritual contrast between his heart and his mind, The Opposite Of Sad has collectively accrued hundreds of thousands of streams. With the groundbreaking launches of fan favorites “idont” and “Decimate”, this maverick of a singer, songwriter, engineer, and producer, has carefully carved his disruptively-unique name and brand into the hearts of listeners all over the globe. The next chapter of this undoubtedly-talented artist’s story has only just begun.

The Real Yung LA is a talented artist who was raised on the Westside of South Central, Los Angeles. Motivated to not be just another statistic, he began hustling and working his way up through the marathon we call life. The Real Yung LA does not see anyone as competition; rather, he’s just focused on making his own mark in the hip-hop community, as well as the music industry as a whole. The loss of his Father expedited his maturity at an early age, and the young artist took on the responsibilities of being the “man of the house” at 13 years old. Currently, The Real Yung LA is using this year to further build his brand and team into a mega-corporation. From the musical productions to the business aspects, nothing but growth is in his near future. Keep a look out for this talented artist.

J-Rel is a talented artist who hails from Pasadena, California. He is known for his distinct flow, which combines both rap and singing styles, and showcases the versatile talent which he possesses. As a young boy, J-Rel was heavily involved in the music industry singing backup for international superstars Andrea Bocellii and Michael Bolton. After singing with Bolton on the popular T.V. series, Dancing with the Stars, J-Rel knew that he had a place in the music industry and began chasing his dream on a full-time basis. The skilled artist is looking to have a breakout year in 2021. Keep your eyes peeled for J-Rel.

Luke Boland is a skilled musician who originates from Niagara Falls, Ontario, but currently resides in Edmonton, Alberta. Since he was a young child, music has always been Luke Boland’s passion. He first began playing drums at the age of 6, and guitar soon followed at the age of 10. Boland is the son of a preacher, so naturally he found himself singing at church every Sunday morning, something Boland claims was non-negotiable. Not realizing it at the time, singing at church turned out to be the foundation for the vocal skills he has today. “My goal is to continue making music that uplifts the soul and speaks truth,” Boland stated. Luke Boland’s music is family friendly, and his songs are made up of catchy melodies that are sure to get stuck in your head. Luke Boland is definitely an artist to have on your playlist in 2021.

The former Castle Hill resident, Lucky Banks, says his upbringing is what has made him such a great artist and dancer. He performed a dance style, Lite Feet, which has gone viral on YouTube and Instagram, and can be found in the Fabulous’ “Flipmode” music video. The dance style was also performed at the BET Awards Experience. Now, Lucky Banks is considered by many to be the face of Champs Sports, but he started at the Kips Bay Boys and Girls Club Center in Castle Hill. Banks has gotten to meet many prominent individuals, and has gained a lot of attention online. He created his own dance that went viral internationally called the “Lucky Walk” which can be found everywhere including Japan and the United Kingdom. Banks has worked with many famous celebrities such as Busta Rhymes, Chris Brown, Fabolous, Papoose, Itsbizkit, many others. With the loss of his newborn son Hunter Latimore, Lucky and his sister, Prada Ro, have created a clothing brand by the name of “HUNTERSEAZON” in remembrance of his name. Banks’ first single, “Bounce to the Beat” featuring ARNSTAR and DJWEBSTAR and produced by Yala Musiq is available now on all platforms.

Cirok Starr, the talented, tatted up Asian from the Southeast is literally a star rising from the Midwest. This Hip-hop Artist represents the Southeast Asian community like no other artist does. Breaking away from the usual 9-5 work life, he began his apparel company, Sevin Apparel, and rose to success as he toured city to city during temple festival season. While touring, he met other musically talented Southeast Asian artists who helped him discover his love for music. From creating energetic party music to movie-worthy music videos, he truly created a name for himself and has drawn in a social media following just to watch his success. He also is a creator of HMG Music Group - a music company resulting from a collaboration of him and two friends (One Hunned & Dj Sanouk), who all have a passion for music; however, he doesn’t stop there! This year he introduced Hustle House which is a place where local music artists can not only create and record music, but create album covers and music videos as well. Recently, Cirok Starr became involved in the jewelry business helping clients find custom diamond jewelry pieces and diamond grills. So, what’s next for this talented artist and entrepreneur? Only time will tell. 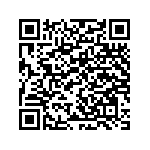