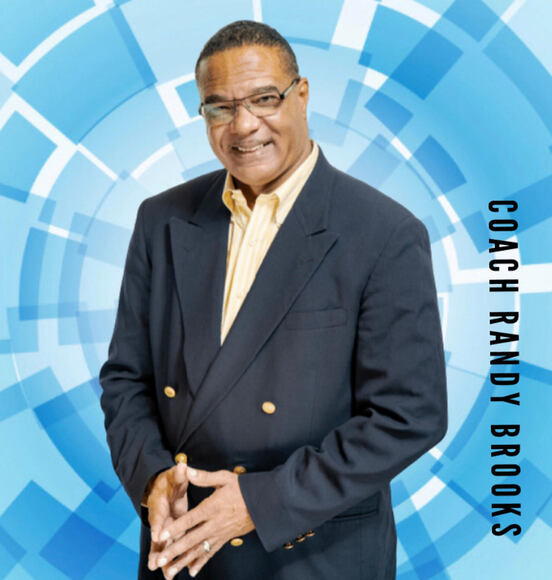 Coach Randy Brooks is not your ordinary athlete. He’s a juggernaut, a servant-leader, a scholar, a savant, a global thought leader, and a philanthropist. You may wonder how did Dr. L. Randy Brooks A.K.A. Coach Randy Brooks go from only playing in the National Foot League for two weeks to becoming a top rate American success story.

For one, Coach Brooks is the epitome of a team player — at times he’s quiet, reflective, unassuming and always ready with a word of encouragement. When he started his career in business many told him that he should, “be more like an athlete”. “They always tried to put limits on me because they said I was a country boy. They tried to hold me back because the color of my skin. Sort of like when that lady told Lebron James to ‘Shut up and dribble. ‘But my faith in God allowed me to power through and fight through adversity” says Coach Brooks.

According to Fortune Magazine the highest and most prestigious levels of business has always lacked diversity. In the 244 years since America’s founding, only 3.3% of C-suite executive level positions have been held by African Americans. In addition, there’ve been only 19 Black CEOs to ever lead a Fortune 500 company— 17 men and two women according to the Equal Employment Opportunity Commission.

Coach Brooks was determined to defy the statistics and create job opportunities not only for African Americans but for everyone. After a brief and tumultuous stint with the Washington Redskins NFL team back in 1976, Coach Randy Brooks knew he was made for more. He had a meteoric rise to leadership at AT&T becoming the first African American male to serve as a National Account Manager where he worked with the District of Columbia Government, the Department of Energy, the EPA, the Nuclear Regulatory Commission, the Tennessee Valley Authority and other large commercial accounts with a focus on project management and team leadership.

Coach Brooks thought he had reached the pinnacle of power going from humble beginnings in the countryside to top corporate executive in the C-suite. However, God had bigger and better plans for Coach Brooks. In 1991 Coach Randy Brooks started Brooks and Brooks Services—a global chemical facilities service company (one of three black owned companies of its kind in the entire U.S.A.). Gleaning lessons he learned from his exemplary parents as well as his football coaches, Coach Brooks has turned Brooks and Brooks Services into a multimillion-dollar enterprise boasting of over 300 employees.

Despite his many achievements in sports and business, Coach Brooks considers his role as a loving husband and present father as his biggest and best accomplishment. Coach Randy Brooks has shared the stage with titans and world leaders such as Les Brown and many others. One attendee of Coach Randy Brooks’ presentations once said, “Seeing Coach Randy Brooks speak is like watching poetry in motion! You’ll never forget him once you’ve experienced him!”

During the Covid-19 Pandemic Coach Randy Brooks has launched a national project to help unprivileged minority students receive scholarship funding in S.T.E.M. college programs at historically black colleges and universities (HBCUs). He has committed his life to the service of those in need as the president of the board of directors for the South Florida Alzheimer’s Family Foundation as well as several mentorship programs.

As a published author of, The Big Fish, A Guide to Business Success and We Are One, The Institution of Patriotism he has consulted with major corporations, individuals, and government agencies around the world. Recently Coach Randy Brooks was honored for a lifetime of service to others as a guest on Best-selling Author Gibson Sylvestre’s prestigious podcast, Leaders, Followers, & Everything In-Between. Gibson Sylvestre (himself having formally been featured in Forbes Magazine)has interviewed iconic figures such as the President of Costa Rica, Luis Solis, Wu-Tang Clan member REDMAN, The Breakfast Club’s Angela Yee, Pastor Joel Osteen, Zig Ziglar, and motivational speaker Les Brown, to name a few.

More information on Coach Randy Brooks can be found at: www.CoachRandyBrooksCares.com