Adoption of Bitcoin: Is it a Good Idea to Invest in Bitcoin in 2021? - Investoo Ltd

Investoo Ltd explains what are the advantages of investing in Bitcoin, and why it is a good idea.

Bitcoin became the first-ever cryptocurrency when it was launched in 2009. For quite a while, Bitcoin and cryptocurrencies have been in the spotlight because of the profit-making opportunities these digital assets provide investors and traders with. Many crypto enthusiasts believe that in the near future, these crypto-assets could replace the physical monetary system that exists today

Just like any other investment opportunity, investing in Bitcoin carries risk. However, Bitcoin has become very popular, and the adoption rate of Bitcoin indicates that Bitcoin might just be “the future of money.”

Bitcoin had also received criticism, which is very similar to how the internet received criticism when it was once a speculative investment. Recently, El Salvador became the first country in the world to accept Bitcoin as a legal tender. It is expected that other countries will soon be looking to follow suit. While the user base of Bitcoin is about the size that the internet had in 1997, the current adoption rate of the cryptocurrency outpaces that of the internet.

Even when you realize the potential of Bitcoin’s growth and further adoption, investing is never an easy decision to make. It is also important to learn about and take into account the disadvantages of investing in the most well-known cryptocurrency.

Advantages of Investing in Bitcoin

Bitcoin was developed as a means of exchange. However, the overwhelming performance of cryptocurrency as an investment has received a lot of attention. People have made fortunes by investing in Bitcoin at the right time. We will now look at some advantages that Bitcoin offers us as an investment opportunity.

Bitcoin has become one of the most liquid investment assets, this is because of the worldwide establishment of crypto exchange platforms. It is not a difficult task to trade Bitcoin for cash or other assets such as gold. Moreover, most of these cryptocurrency exchange platforms charge incredibly low transaction fees. For those who are looking to make short-term profits, Bitcoin is a great investment because of its high liquidity. However, it is worth noting that because of high market demand, Bitcoin may also be a very good long-term investment.

Bitcoin has a decentralized nature, which means it is immune to inflation. Unlike traditional fiat currencies, which are regulated by governments, Bitcoin is not regulated by any central authority figure such as a bank or a government. There is no need to worry about inflation as the Blockchain system, which powers Bitcoin, is infinite.

Bitcoin launched just over a decade ago, and it is still in its infancy stage. What this means is that while the crypto market will continue to experience unpredictable swings in price, there will be many opportunities for traders and investors to make huge profits. Crypto enthusiasts believe that the price of one Bitcoin could go as high as $100,000 in the near future.

Minimalistic trading is perhaps the biggest attraction for traders. Other forms of trading, such as stock trading, require you to hold a license or a certificate and to go through a broker to trade a company’s shares. Bitcoin trading, on the other hand, is simply buying or selling cryptocurrency on the exchange.

The increase in the adoption of Bitcoin has made things even easier for those who are looking to invest in cryptocurrency. For instance, you can buy Bitcoin with PayPal. PayPal has a user base of around 370 million, and not so long ago, they announced that their users will now be able to buy and sell Bitcoin and other digital assets through their PayPal accounts.

Disadvantages of investing in Bitcoin

As mentioned before, Bitcoin might just be the future of money, but it is equally important to learn about the concerns surrounding the cryptocurrency before you decide to invest.

Bitcoin exists only in digital form, and therefore investors and traders are always worried about threats of online hacking. However, if you invest with a trusted exchange platform, the risk of being hacked can be lowered. Moreover, you should not let anyone else have access to the private key of your digital wallet where you store your Bitcoin(s).

With El Salvador officially making Bitcoin a legal tender and other huge businesses and companies investing in the cryptocurrency, it would be safe to say that Bitcoin will continue to grow. However, risk-averse investors are still a little reluctant to invest in cryptocurrency because of the volatility in the crypto market.

However, Bitcoin isn’t under the control of any government, and this might be it for investors who are looking for alternative investments to hedge against inflation. Many huge businesses are also turning to Bitcoin. For instance, Tesla announced a couple of months ago that they had invested $1.5 billion in Bitcoin. More news like this will definitely encourage investors around the world to invest in Bitcoin.

Original Source of the original story >> Adoption of Bitcoin: Is it a Good Idea to Invest in Bitcoin in 2021? - Investoo Ltd 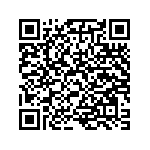