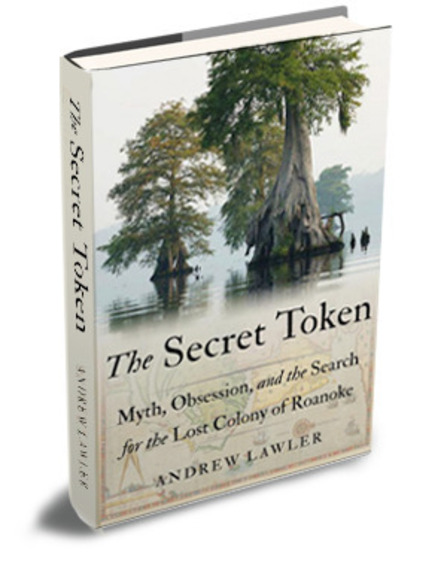 Andrew Lawler is pleased to share the historical mysteries of the Lost Colony of Roanoke as he helps readers discover the solid answers to why it continues to haunt the nation’s consciousness. “The Secret Token: Myth, Obsession, and the Search for the Lost Colony of Roanoke” is the bestselling book by Andrew Lawler. Order at Amazon to get hold of the bestselling book in Kindle Edition, Hardcover, Audiobook, and Paperback Edition.

The Lost Colony of Roanoke is one of the oldest unsolved mysteries in American history. With many people racing towards unearthing the secrets and facts about race, gender, and immigration, this book takes the readers through a clandestine journey right from where it all began. It was the year 1587 when 115 men, women, and children arrived by Queen Elizabeth I to Roanoke Island just situated on the coast of North Carolina. They were to establish England’s first foothold with lots of hopes and aspirations.

John White, the leader of the Colony goes on a resupply mission only to find that the settlers disappeared upon his return. “A Secret Token” was the only clue that was left behind carved on the tree. These colonists were never to be found by any Europeans or Whites. No one ever knew what happened to the Lost Colony of Roanoke. It is more than 400 years with people still looking for answers. American historians were left with nothing but false stories, fantasies and dead ends. Andrew Lawler’s encounter with a British Archaeologist guided him towards answers to one of the greatest historical mysteries in American History. He is also guided by several researchers and characters that were obsessed and hell-bent on determining whatever happened to the Lost Colony.

The book is both stirring and fascinating with The Washington Post calling it “Crazy Fun” and “Surprisingly Fresh and Powerful”. The Wall Street Journal also finds it “the most authoritative account of the Lost Colony to date”. If not anything, this book will surely shed some light as to what happened to the missing colonists. “Mr Lawler is an intrepid guide to this treacherous territory” says The Economist. “His willingness to chase down every lead, no matter how outlandish, and his enthusiasm for the journey as much as the destination, make The Secret Token a lively and engaging read”, further added The Economist. While Kirkus, the American book review magazine says “In this enjoyable historical adventure, an unsolved mystery reveals violent political and economic rivalries and dire personal struggles”.

Andrew Lawler is an award-winning journalist, correspondent, writer, a contributing editor for Archaeology, a contributing writer for Science and an author of three bestselling books, Under Jerusalem: The Buried History of the World’s Most Contested City; The Secret Token: Myth, Obsession and the Search for the Lost Colony of Roanoke; and Why did the Chicken Cross the World? The Epic Saga of the Bird that Powers Civilization. Andrew has also written thousands of articles for major newspapers and magazines including The New York Times, National Geographic, Smithsonian, The Washington Post, and many others in over 2 dozen countries. Andrew’s work has been showcased in The Best of Science and Nature Writing. 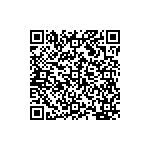