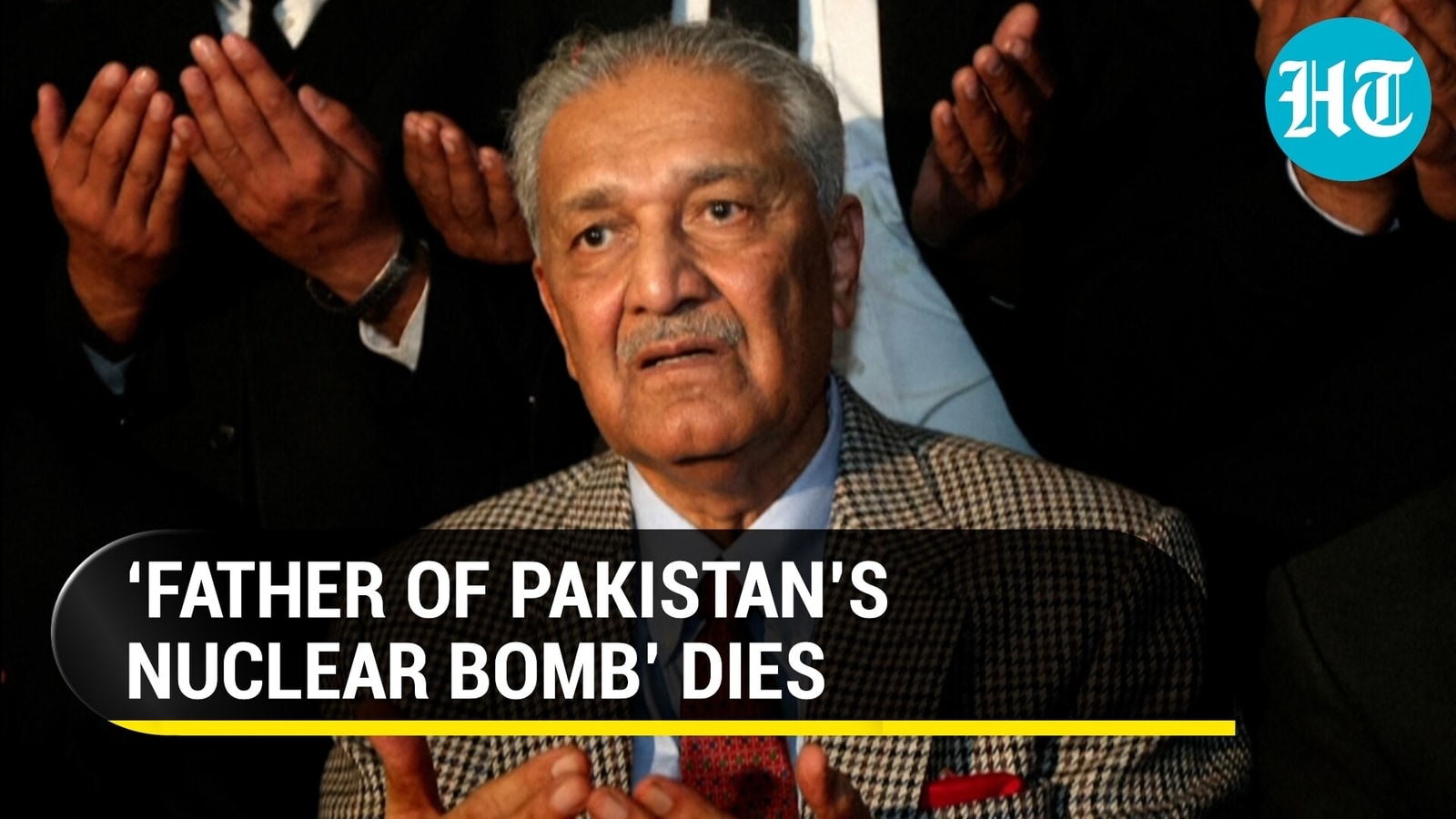 Abdul Qadeer Khan, known as ‘father of Pakistan's nuclear bomb’ passed away at 85. He died after being transferred to the KRL Hospital in Islamabad with lung problems. Pakistan’s prime minister Imran Khan expressed his condolences over Khan’s demise. Abdul Qadeer Khan had been admitted to the same hospital in August with Covid-19. He was sent home but transferred back to the hospital after his condition deteriorated. He was hailed as a national hero in Pak for transforming the country into the world's first Islamic nuclear power but regarded by the West as a dangerous renegade. He was accused of illegally sharing nuclear technology with Iran, Libya and North Korea. Watch the full video for more.
N Korea’s ‘Captain America’ steals Kim Jong-Un’s thunder at military exhibition
During an exhibition of weapons system, a North Korean soldier went viral on social media for his outfit. The soldier was clad in a super-tight blue outfit while posing with North Korea’s President Kim Jong-Un and 29 other soldiers. They all mostly wore olive green uniforms, the most common color for North Korean military uniforms. Only two of them wore different colors — the one in the blue outfit and the other in a navy-blue uniform, which isn’t that unusual. Social media users joked about his appearance and called him ‘North Korea’s Captain America’ while some users called him ‘the new ballistic missile’. Watch the full video for more details.
How PM asked the world to unite in response to...