T-Magazine
Next Story
Hufsa Munawar has been working to support Google’s efforts to connect Pakistani developers to the rest of the world
KARACHI:
What does empowering mean? How does it feel? What is it like? Well, for a young child, it can begin with earning your pocket money on your own and having the independence of spending, or for elder making oneself capable of taking care of your own self and not being dependent on others. But for a girl, who earned her first pocket money at a young age, moved abroad the following year, returned after eight years, and was inducted into a male-dominated industry, she realized the need to work for women and what empowerment means. For her, it is to get yourself independent and pass on the power to other women who are neglected in the male-dominant society.
This is a story of a 28-year-old girl Hufsa Munawar, who has been working through a partner organization to support Google’s efforts to connect the developer community in Pakistan to the rest of the world. She wants to empower women with technology and since 2016, she has been working through the tech giant Google's Women Techmakers (WTM) program that provides visibility, community, and resources for women in technology. The program was launched in 2014, and since then, every year, WTM brings together thousands of women in technology through its events and leadership programs.
She is one of the ambassadors of the Google WTM program, and in seven years, she and her team have trained... 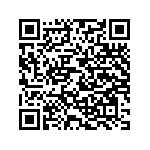