When you’re doing a group project with a former Marine, don’t be surprised when the Marine takes charge. “It's just that training that kicks in,” said Charles Mitchem, a graduating senior who served in the Marine Corps for six years before coming to Virginia Tech.
A political science major with a minor in war and society, part of the College of Liberal Arts and Human Sciences, Mitchem had learned to create timelines, divvy up tasks, and get things done during his military service. Naturally, he used those skills in his classes. “I can see how it's very annoying for other group members,” Mitchem said. “But at the same time, I've had a lot of them just be like, ‘Oh, sweet, thanks. We know what we have to do.’”
Mitchem wasn’t always like this. As a rowdy, undisciplined teenager in Pulaski County, Virginia, school was the last thing he cared about. Had he started Virginia Tech back then, he’s 100 percent sure he would have dropped out.
On the other hand, he’d always wanted to join the military. Most Halloweens, he dressed up as a soldier. When a Marine Corps recruiter called the summer before his senior year of high school, he enlisted at age 17.
Within a few months of his high school graduation, he’d shipped off to boot camp at the Marine Corps Recruit Depot in Parris Island, South Carolina. “It was horrible,” Mitchem said with a laugh. “At the time, it was the hardest thing that I had done.” The recruits were systematically broken down and built back up. Halfway through the... 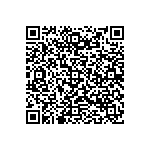