For Muslims, Jews are fellow Ahl e Kitab (People of the Book) and children of Abraham, a religious kinship that, ideally, should translate into warm ties between the world's Muslims and Jews.
But the domination of politics means religious affiliations take a back seat and more potent rhetoric comes into play. Too often, in too many places, Muslims and Jews have been unable to translate their similarities into good ties, falling into the trap of preconceived notions, propaganda and in some cases, blatant hatred and violence.
It’s a sad fact that antisemitism has been accepted in various Muslim-majority countries where their citizens have long been fed a steady diet of gross exaggerations and falsehoods painting Jews in a negative, conspiratorial light.
A common but unsubstantiated belief amongst many Pakistanis is that the Jews control the world’s finance and media industries. Just last year, during an interview with CNN, Pakistan’s former Foreign Minister Shah Mahmood Qureshi alleged that Israel had "deep pockets" and "they control the media."
The contention that Israel and/or Jews are obsessively engaged in a long-term plot to destabilize or defang Pakistan (in cahoots with Islamabad’s enemies), and that Pakistan has a foundational, if not sanctified, duty to dismantle Israel, is practically an iron rule of Pakistani grassroots and political discourse.
A consequence of this constant normalization of prejudice is that many Muslims, not least in Pakistan, consider that Jews... 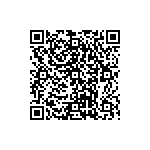