The killing of al-Qaeda chief Ayman al-Zawahiri in central Kabul, reportedly with a new type of missile that did not even have an explosive warhead, shows how far military technology has evolved since the United States (US) mounted a high-risk operation within Pakistan against Zawahiri’s predecessor more than a decade ago. The operation that killed Osama bin Laden involved months of training, boots on the ground and nearly came undone when one of the helicopters used by the assault team crashed into the terror mastermind’s compound in Abbottabad, Pakistan. While the planning for the latest operation was just as meticulous, the US reportedly deployed a drone armed with the Hellfire R-9X missile, which has no explosives and instead destroys a target with sheer kinetic energy and six metal blades that emerge from the projectile’s body just before impact. 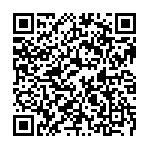