The world is full of surprises and as an astonishing surprise for the world, the great minds of Pakistan have uncovered its greatest invention: ‘Automatic Laanat Machine’.
The machine was used during the protest held by Imran Khan‘s party. The video of the machine has left the viewers spellbound. Posters of Tehreek-e-Insaaf can be seen in the background of the video that’s been viral on all the social media platforms.
It has become one of the most interesting startups in Pakistan. Political commentator and former Army Officer, Major Gaurav Arya shared the video via his Twitter handle.
The machine uses a stick attached to a shoe on one end. The mechanism moves the stick and the shoe hits the picture on the board.
The board had the pictures of Shehbaaz Sharif and Asif Ali Zardari (Former President), which makes them the foremost users to experience the goodness of the Automatic Laanat Machine.
This is done to ease the burden of protesting. The tactic behind this idea has been clearly achieved.
The tweet was showered with likes and views. It bagged 4.3 lakh views and over 14,000 likes within 24 hours. Following that the #AutomaticLaanatMachine hashtag took over the internet.
In the video, a man can be seen who’s pulling the lever which causes the shoe to hit the board. A series of varied reactions were given to this video. Some viewers pulled out sarcastic act by complementing Pakistan for its great minds.
The start up ecosystem in Pakistan has truly come of age. This... 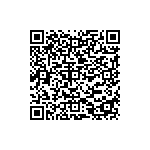