A number of issues have strained the relationship between India and Pakistan including social, political, economic, and military that resulted in war, and cross border provocation both physical and in the cyber dimension. The Kashmir issue further intensified the already hostile relationship. In contemporary times, cyber played an important role between India and Pakistan, as both prefer to utilize cyber to win small-scale advantages. This new dimension has remained an important tool for hackers and patriots from both sides to express their patriotism and deprecate the enemy.
Cyber between India and Pakistan also act as APT (Advance Persistent threat) in which different high hacking group are linked with state institution and continuously engage in espionage and hacking activities. There is also a risk of cyber conflict between India and Pakistan as both are continuously involved in low-level cyber skirmishes. India had also built its cyber arsenal by drafting its first cyber security policy in 2013, which highlighted protection, prevention, and counter-attack, and an Indian defense cyber agency was created in 2018, which performs these actions.
Read more: Australian government blames Russian hackers for cyber attack against Medibank
Understanding the matter better
According to Symantec a security company survey, India was the second most vulnerable state to cyber-attack mainly because of the digitization of its economy, which remains a major concern for cyber espionage... 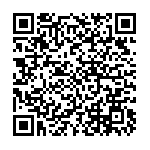