The IT Minister broke the news at the UBIT Career Fest 2022, organized at the UBIT Garden, the event included more than 30 software houses which interviewed and selected candidates
The federal minister for Information Technology and Communication Syed Amin ul Haque announced that the local manufacturing of mobile phones has started in Pakistan and the country has now planned to launch its 5G technology by July 2023, adding to his statement the IT minister said that all this effort is to make technology possible for people in every part of the country.
Minister Amin ul Haque broke this news while attending the UBIT Career Fest 2022 as a chief guest. Organized by the Department of Computer Science University of Karachi, the event was attended by more than 30 software houses who interviewed and shortlisted candidates for jobs.
Talking about the massive IT industry growth, the minister said that while other industries were suffering through growth stunts, IT was always afloat. He mentioned that the Information Technology industry grew by almost 47.44 % at a time where almost all industries in Pakistan grew only 1 or 2%.
Haque in his speech said that this fast growth can only be continued if IT industries and Universities cooperate with each other and help craft more local talent in the tech industry.
Mentioning startup fundings, Haque said that in the year 2019, Pakistan startup fundings amounted to $75 million however just a year after the numbers went to $373 million.
Women... 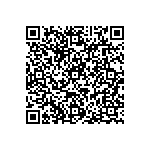