Did you know that the Google Panda algorithm from 2012 is no longer? Over the years it not only was incorporated into the core ranking algorithm but also at some point evolved into a new algorithm named after a new animal – Coati.

Hyung-Jin Kim, the VP of Google Search, told us this tidbit during our SMX Next keynote this morning. While this is not something actionable or something that necessarily matters today, I don’t believe anyone in the SEO industry ever heard that Panda evolved into Coati.

What is Google Coati? Kim told us that while Panda has been “consumed” into the larger core ranking algorithm, “Panda has been subsequently replaced by Coati.” Coati was a successor to Panda, he said Coati is an update to the Panda algorithm.

As time evolved, so has Panda, Kim said, and it evolved to Coati. Coati is another black and white animal.

Coati would not be considered a core update but Panda and Coati are part of the core ranking algorithm, Kim added.

What is Panda. Google Panda was a major algorithm update that impacted search rankings for 11.8% of queries in the U.S. Google said Panda was designed to reduce the rankings for low-quality sites (“sites which are low-value add for users, copy content from other websites or sites that are just not very useful”) and reward better rankings to high-quality sites (“sites with original content and information such as research, in-depth reports, thoughtful analysis and so on”).

Hyung-Jin Kim told us Panda was important and it was... 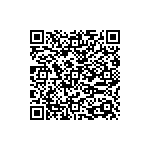