On November 17th, Microsoft Security Threat Intelligence tracked activity from a threat actor known as DEV-0569 regarding the development of new tools to deliver the Royal ransomware.

Although Microsoft still uses a temporary ‘DEV-####’ designation for it, meaning that they are unsure about its origin or identity, the group is believed to consist of ex-Conti members.

When BATLOADER is launched, it uses MSI Custom Actions to launch malicious PowerShell activity or run batch scripts to aid in disabling security solutions and lead to the delivery of various encrypted malware payloads that are decrypted and launched with PowerShell commands.

BATLOADER also appears to share overlaps with another malware called Zloader. A recent analysis of the strain by eSentire and VMware called out its stealth and persistence, in addition to its use of search engine... 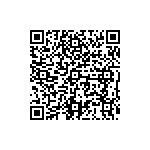 Google adverts for the win: ace the digital marketing with GHC - EIN News