EAST RUTHERFORD, NJ—Mike White knows how to get the party started right.

In his first game of the season, the New York Jets‘ new starting quarterback found Garrett Wilson for an 8-yard touchdown on the team’s first drive of the game.

Garrett Wilson's route-running in 1v1 situations is absurd. Corner here, with an inside stem, undresses the Bears DB, and Mike White finds him for 6. #Jets pic.twitter.com/moIL2ZbsXy

White, 27, is playing well against the Chicago Bears. In spite of one near-interception on a play-action rollout, White is progressing through his reads nicely.

The most important aspect is that he’s not afraid to make a mistake. It’s noticeable in the way that his mindset allows the offense to flourish.

Late in the second quarter, White found Wilson for another touchdown, this time of the 54-yard variety.

The New York Jets currently lead the Chicago Bears 14-10 nearing the end of the first half. 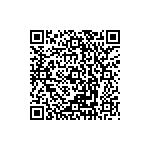